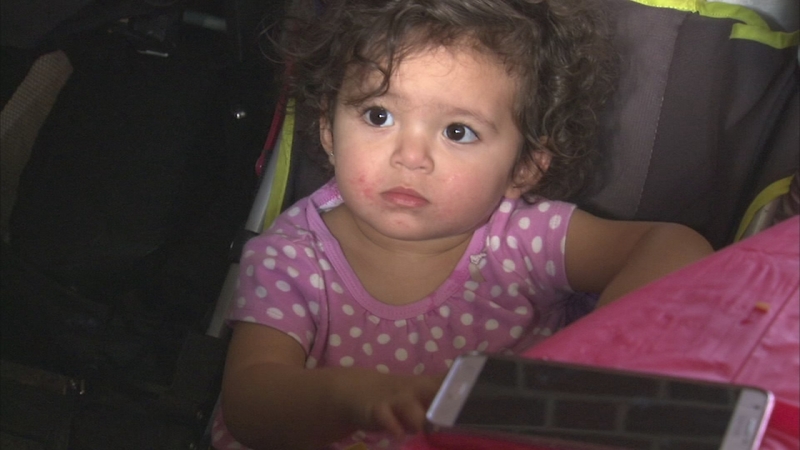 CHICAGO (WLS) -- Hundreds of Puerto Ricans are spending their first Christmas in Chicago after escaping from their devastated island.

Like many here, Yoralinz Lopez and her family came to Chicago after Hurricane Maria devastated the island of Puerto Rico. She has been unable to work here because of her two young children.

"I lost everything in Puerto Rico, I lost my house. So I came and my aunt is helping me here," Lopez said.

The Puerto Rican Agenda has helped some 1,500 evacuees to Chicago since the hurricane three months ago and lots of other Chicagoans are pitching in.

Eight-year-old Mariposa Arroyo is donating $500 she raised in pledges for swimming. And students at the HSA Belmont School are donating these toys they made in woodworking class.

"We have a large Puerto Rican population in our school and when we got the call that was exactly where the toys need to be," Peter LeGrand said.

The group is collecting donations not only for relief in Puerto Rico, but also for the evacuees here in Chicago. Most are still struggling and it will likely be a difficult Christmas for many. That's why they hosted this holiday lunch on Wednesday.

"It could spark a little bit of happiness in their hearts, at least for a few hours and then reality will sink in again. But you need those moments," said Alderman Roberto Maldonado, 26th Ward.