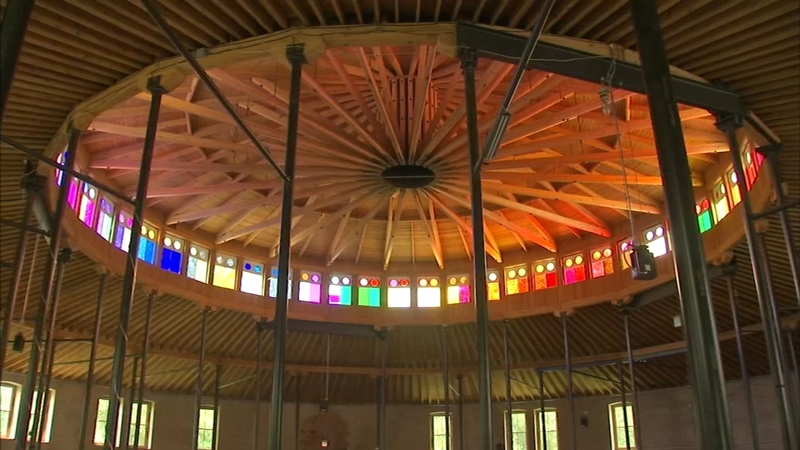 CHICAGO (WLS) -- This year you don't have to go to the North Side to celebrate Pride.

For the first time, a multi-day festival is being held on the city's South Side.

"I feel being around, first, neighborhoods that I'm used to and know like the back of my hand, that I've grown up in," said Tori Rice, South Side Pride Fest attendee. "I've been on the South Side since I was born. I was born in Bronzeville."

Rice and her wife Jae are not only attending this weekend's festivities, but also performing as DJs for the festival.

The multi-day festival in South Side neighborhoods will feature performances, events and celebrations. Organizers said it comes at a time when efforts to be inclusive are more important than ever.

"We go up north a lot but we wanted to bring that inclusiveness to the South Side and create those same safe spaces for all gendered individuals," said Roe Mello, co-organizer of South Side Pride.

Tonight's celebration will begin at the Jeffrey Pub, one of Chicago's oldest and only black gay bar. The pub is among nearly half a dozen venues playing host for the inaugural festival.

Another celebration happens at a space on the campus of the DuSable Museum of African American History, which is also one of the festival's sponsors.

"As a greater community, we need to take ownership of our smaller communities and bridge the gaps so we can provide these spaces for these people in our communities who need them the most," said Chip Moody, DuSable Museum fellow.

Along with the fun, festival supporters said they hope not only to create an event for queer people of color, but also develop pipelines of support within the community.

"The sense of urgency is coming around or is rooted in the violence that queer communities of color, specifically black trans women and queer black men, have been experiencing on the South and West sides of Chicago," said Adrienne Irmer, co-organizer of South Side Pride.

For Jae Rice, the South Side Pride Festival is just another way of making Chicago one community.

"I think one of the main messages of this weekend is inclusivity and intersectionality," she said. "We survive and we operate in numerous identities so it's good to bring those together."