Chicago police warned around noon that beaches throughout the city were nearing capacity and parking lots were filling up.

Donovan Robinson began setting up his spot at 31st Street beach at 5 a.m.

"It was several people out here this morning claiming their spots," he said. "This one crew over here, they got a huge grill and everything. I went over there they said, 'We had to get our spot too.' I said, 'What time did you get here.' They said, '4:30.' I said 'wow.'"

The big 4th of July fireworks extravaganza at Navy Pier is Thursday night. The 15-minute show, set to patriotic music, begins at 9:30 p.m., but it's probably best to arrive early.

The Pier was open to the public from 10 a.m. until 10 p.m., but the Pier anticipated closing its gates upon hitting maximum capacity, which is roughly 75,000 people. A Navy Pier spokesperson said more than 100,000 were expected to watch the Pier's display. The pier officially reached capacity at 9 p.m., officials said.

ABC7 Eyewitness News compiles a yearly list of Chicago-area 4th of July fireworks displays and offers its list for the city and suburbs for 2019.

You can take in that show from the pier, on the water, or as a VIP at the brand new offshore rooftop bar. Tickets there are $150 and include open bar plus food and a great view of that patriotic show.

There was extra security both from the Pier and from the Chicago Police Department ahead of the festivities. Guests passed through a special checkpoint before being allowed entry to the Pier.

All bags and vehicles are subject to inspection. The Pier recommends you leave any large bags and backpacks at home.

Guests were advised to bring a driver's license, state ID or military ID in case they were asked for identification. Anyone under 18 had to be accompanied by a parent or legal guardian.

And as always, fireworks, coolers, bikes, skateboards, alcohol or weapons of any kind were all prohibited.

Navy Pier was also prepared in case storms moved in.

"In the event of inclement weather, we do have contingency plans in place and all we need to do is seek shelter, everyone will be moved indoors and if it is really severe, then we will move them into parking garages, the west and the east parking garages are available," Navy Pier spokesperson Payal Patel said earlier Thursday.

Roz Varon takes a look at how to get to Navy Pier for 4th of July fireworks.

Officials recommended that those heading toward the pier utilize public transportation. The CTA had extra service on all eight rail lines and 10 bus routes. 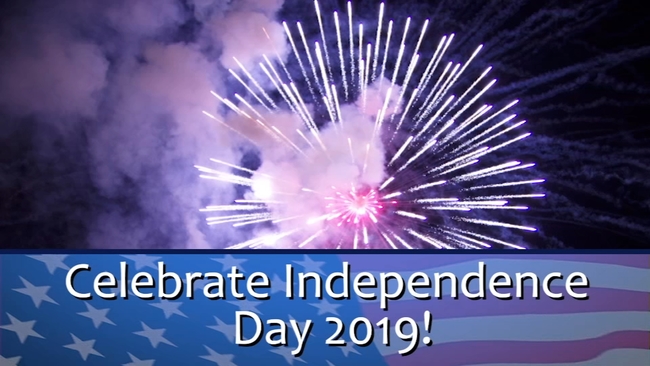