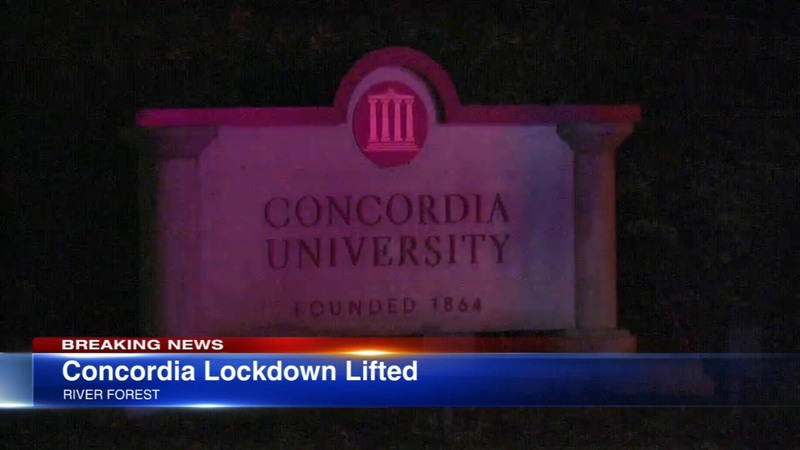 A university spokesman said the school was notified of a domestic violence incident on campus around 6 p.m. The campus was put on lockdown at 6:19 p.m. at the request of River Forest police.

Officials said a woman visitor, who is not a student, was attending a symposium and seminar on campus in the 7400-block of Augusta Street when she was attacked by a man, also not a student, who she knew. The victim refused medical treatment at the scene and police said she is in a safe place following the domestic battery.

A River Forest police officer saw the suspect and gave chase, but was not able to apprehend him.

While a search of campus was going on, police received a 911 call reporting loud noises, which may have been gunfire, from inside a residence on campus. Police thoroughly searched that building and determined the sounds were not gunfire, and the noises were not related to the initial domestic battery incident.

A criminal investigation is ongoing and police continue to search for the suspect.