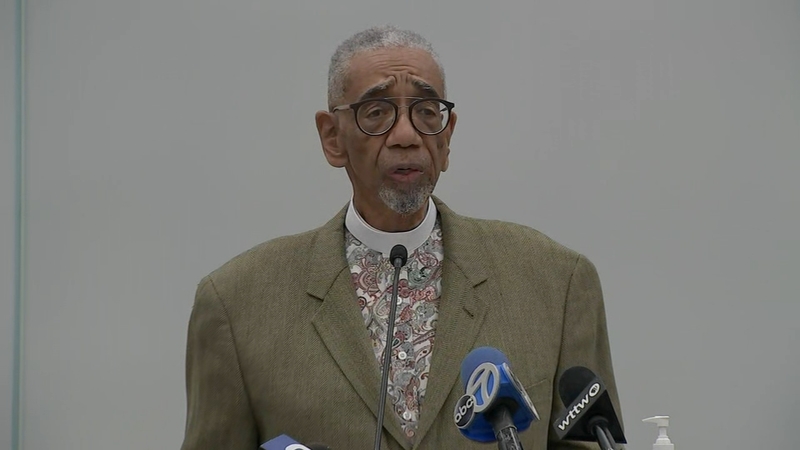 Rush, a Democrat who represents Illinois' 1st congressional district, will reportedly make a formal announcement Tuesday morning at Roberts Temple Church of God in Christ, which famously hosted Emmett Till's funeral in 1955. Rush introduced the Emmett Till Anti-Lynching Act HR 55, which was passed by the House of Representatives in December.

Rush first took office in 1993. His district represents large portions of Chicago's South Side, as well as some south and southwest suburbs.

The end of his 30-year congressional career could usher in a new suite of leaders from the South Side.

"The Illinois Democratic Party worked very hard to protect his seat, to make sure his seat was still predominantly African American in the redistricting process, so obviously he's an important asset to the party and it will remain in Democratic hands no matter who runs," said ABC7 Political Analyst Laura Washington.

The 75-year-old has had health battles over the past few years, and on New Year's Day took to Twitter to thank well-wishers offering support in light of a recent COVID diagnosis.

Rush was a founding member and former chairman of the Illinois Black Panthers, and a prominent civil rights activist. Ten years ago he took to the House floor in a hoodie to demand justice for murdered Black Florida teen Trayvon Martin.

He is also a preacher and the only person to beat Barack Obama in an election - the 2000 Democratic primary for Illinois' 1st District.

"He was beloved for that, and you don't take on someone like that and expect to win," Washington said.

He is expected to serve out the rest of his term in 2022 until a new representative is sworn in in 2023.

A ferocious political contest will now likely unfold in the 1st District for the Democratic nomination.

"There is going to be a huge amount of interest in that seat," said Washington. "There are people who have run against him in the past who failed. Some of them are going to be looking at this very carefully."
Report a correction or typo
Related topics:
politicschicagomorgan parkcook countywill countyhouse of representativeselectioncongressretirement
Copyright © 2022 WLS-TV. All Rights Reserved.
TOP STORIES
ISP trooper, wife ID'd after found dead inside parked car: police
Cause of death revealed for 23-year-old woman found dead after date
TX Mom shares story of son's 'scary' battle with COVID complications
US Rep. Marie Newman may have broken law: ethics office
Biden Fox News: President caught swearing at reporter
Family continues to seek new leads in unsolved Naperville murder
FDA halts use of antibody drugs that don't work vs. omicron
Show More
3 hurt in suburban sports bar shooting: Rolling Meadows police
Dad charged and fired from job after racist tirade posted on TikTok
WI Republicans to vote on tougher penalties for protesters
Cold snap moves into Chicago area | warming centers available
Woman, 81, dies after Stony Island Park house fire, CPD and CFD say
More TOP STORIES News