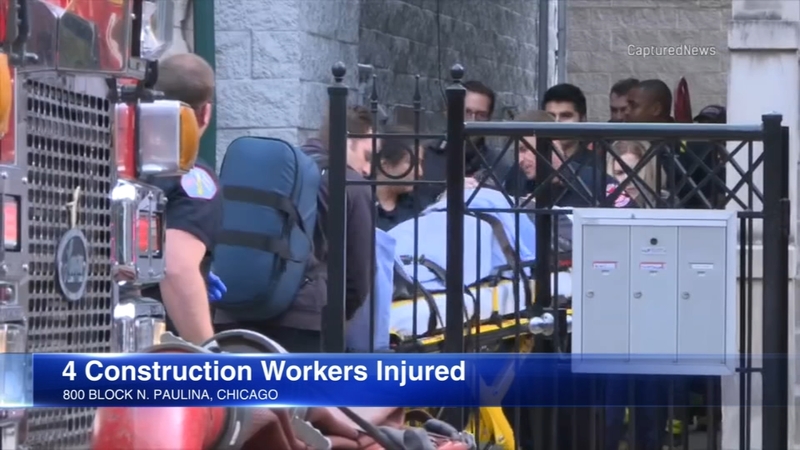 CHICAGO (WLS) -- Four construction workers were seriously injured on the job Thursday on Chicago's Northwest Side.

They were carrying a slab of granite on the rear stairs of a building in the 800-block of North Paulina Street in the city's West Town neighborhood when the stairs collapsed and they fell, police said.