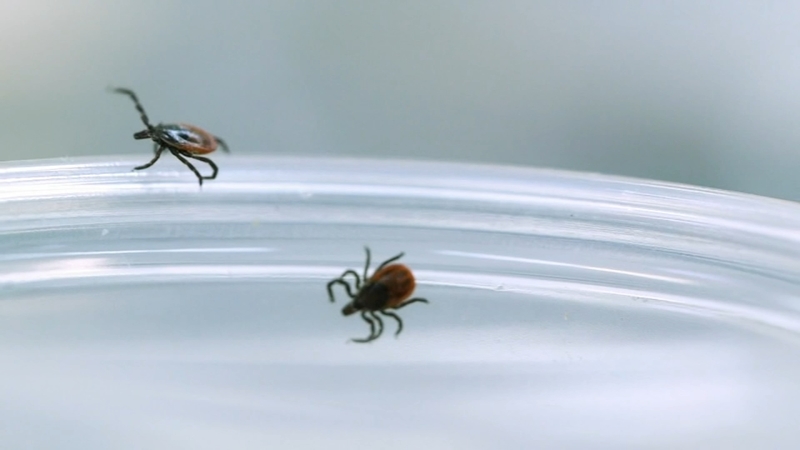 Disease-transmitting ticks have been reported in every state and there's a tick you might not have heard of, and its bite might make you allergic to red meat!

While most of us worry about Lyme disease or Rocky Mountain spotted fever, scientists believe the bite of the lone star tick is the cause of a very unusual condition.

After an allergic reaction sent Dean Cecil to the ER in 2016, an allergist was able to diagnose him with an allergy to red meat caused by a tick bite. He now carries an epi-pen and must avoid eating pork, lamb and beef.

"I used to love to grill out your hamburgers, your steaks, your ribs," Cecil said. "Well those things are no longer on my menu."

"It's not entirely clear to scientists why a bite from the lone star tick bite causes an allergy to the carbohydrate, alpha-gal, found in red meat, or how common this is," said Consumer Reports Health Editor Catherine Roberts. "But it's important to note, it doesn't happen to everybody who's bitten."

Right now, the lone star tick is found mainly in the Southeast U.S., but their habitats are spreading, and they can be found as far north as Minnesota and Maine.

While not all ticks carry the same diseases, at least one variety of disease-transmitting ticks can be found in every state. Black-legged ticks spread Lyme disease, which is the most common. About 300,000 Americans develop Lyme each year.

"One way to avoid a tick-borne infection is to prevent tick bites by always using an effective insect repellent," Roberts said.

"You'll want to thoroughly check yourself and others for ticks after being outside, also shower soon after you come indoors," Roberts said.

For extra protection, toss the clothing you wore outside into the dryer on high heat for ten minutes to kill ticks that might still be hanging on.

If you do find a tick that has bitten you, it's important to properly remove it. Use fine-tipped tweezers to grasp the tick as close to the body as possible. Pull upward with steady, even pressure. If you experience flu-like symptoms, you should see a doctor as soon as possible.