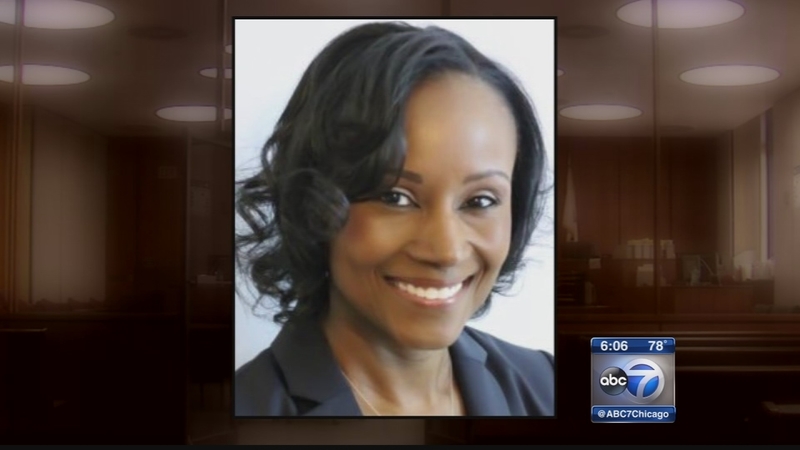 MARKHAM, Ill. (WLS) -- A law clerk running unopposed for a judgeship has been fired after she was accused of donning a robe and taking the bench in a south suburban courtroom to hear some minor traffic cases.

Rhonda Crawford lost her job as a Cook County law clerk after authorities say she played judge in a Markham courtroom.

The matter is especially complicated for Crawford because she is also a candidate to actually be a real judge in the November election, and she's running unopposed. State election officials tell the I-Team that Crawford will likely still be elected, but it is unlikely she will ever be sworn in.

Chief Judge Timothy Evans' office said in a statement Tuesday that Crawford was no longer employed by the Cook County Circuit Court.

She worked for his office as a law clerk for the past five years and was most recently assigned at Markham, where authorities say Judge Valarie Turner allowed Crawford to preside over at least two actual traffic cases earlier this month.

Both Crawford and Turner are now the subjects of criminal investigations by the Cook County State's Attorney's Office.

In a mostly self-funded campaign, the Kent Law graduate surprisingly defeated two opponents in the March Democratic primary, and now she is running unopposed. At this point, even if Crawford drops out, the Illinois State Board of Elections said her name will likely still appear on the ballot.
"We're already at a situation where it's probably on the late side," said Illinois State Board of Elections General Counsel Ken Menzel. "We have a candidate that's on the ballot. We certified the ballot at our August 26th meeting, so the candidate lineup is out there."

Menzel tells the I-Team if Crawford wins the November election, it will be up to other agencies to determine if she can take the judicial oath of office on December 5.

"You might see a situation where having been declared the winner, if the qualifications for the office were no longer there, like for a judge being a licensed attorney in Illinois, then there would be the issue of not swearing that person into the office. It's up to other entities, such as the attorney general or state's attorney or the Supreme Court itself to step in as to preventing someone from taking office," said Menzel.

The Attorney Registration and Disciplinary Commission would not confirm or deny whether Crawford is being investigated. The ARDC is responsible for licensing and disciplining lawyers.

County prosecutors are investigating to determine if a crime was committed.