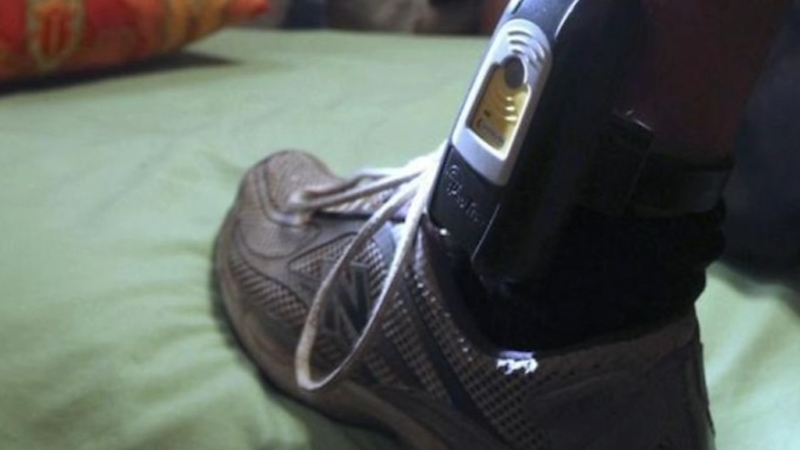 CHICAGO (WLS) -- Cook County sheriff's deputies and accused criminals on their watch are the latest combatants in a new, real-life Star Wars struggle. County law enforcement officials have started using satellite technology and global positioning to track people charged with crimes and who are awaiting trial, defendants who until recent years would have been locked up in jail.

Now, they are being held virtually, in "E-Carceration," by wearing a tracking bracelet that beams their whereabouts to a Global Positioning System satellite orbiting miles overhead, instead of incarceration behind iron bars at 26th and California.


The electronic monitoring system that began 25 years ago mostly for non-violent drug offenders was first based on phone lines and required in-home "control box" equipment. The new program is GPS-based and involves more streamlined technology, according to Cook County Sheriff Tom Dart who is working with University of Chicago on the program.

"GPS wasn't needed originally because these were non-violent offenders," Sheriff Dart told the ABC7 I-Team on Monday. "We weren't really concerned about them out there. Now we're much more concerned."

The sheriff is distressed these days because a majority of the nearly 3300 bracelet-wearing defendants currently on home monitor devices are accused of violent crimes and many already have violent histories.

"There was never a meeting by anybody to say 'let's change it to watching violent people.' That just was done overnight, and so now it's been a question of how best to maintain the security of our communities," said Sheriff Dart.

With murders in Chicago up 50% this year, keeping communities safe has already been a significant challenge for the sheriff and all of law enforcement. "Given the fact that these devices weren't designed for people with these kinds of charges," Dart said.


In an effort to adapt to the current "decarceration" efforts by prosecutors, Dart and University of Chicago are building out the new GPS system to better track potentially dangerous criminals who have been released into communities.

According to Dart, "Not only are we going to have GPS but we're going to be able to live-time layer over it crime data to not only see if people on electronic monitoring are involved in crimes, but if there are patterns and things like that that we need to know of as well."

Dart opposed the wider use of home confinement several years ago but was sued and put under a federal court mandate to expand the release program. Now he says, gun offenders make up a majority of those on E-Carceration.

Accused criminals who currently wear the older model cellular based bracelets will have the devices switched out to new GPS versions during future court appearances or in home visits. Dart says he hopes the program isn't too successful, so that it adds even more violent criminals to the bracelet roster and puts them back in Cook County neighborhoods.

"This is not something where we can just keep adding more and more people on it. So hopefully people are listening," Dart said. "The difficulty has been it's just the, as I say, the gun offenders has increased so dramatically, to where they're the largest group of people we have out on home monitoring now that never was the case."
Report a correction or typo
Related topics:
cook countycoronavirus chicagocoronavirus illinoiscook county sheriffi team
Copyright © 2021 WLS-TV. All Rights Reserved.
I-TEAM
Where do Illinois state workers stand with vaccine mandate?
Who was man in uniform behind Rahm Emanuel at senate hearing?
Chicago storefronts sit empty as retail is reimagined
Video released of deadly Chicago police shooting
TOP STORIES
Zion mother of 2 killed by apparent stray bullet: police
Alec Baldwin fired prop gun that killed 1, injured 1 on movie set
Man admits to throwing wife's body out of plane after killing her
2 dead after shootings, carjacking on NW Side
CDC endorses booster doses of Moderna, J&J vaccines
Remains found in Florida park ID'd as Brian Laundrie, FBI says
Chicago Weather: Cool with some sun Friday
Show More
Amber Alert: Boy, 3, found dead week after mother's murder
IL Supreme Court tosses Cook County tax on guns, ammunition
Chicago aldermen file ordinance to repeal COVID vaccine mandate
What's driving the pay gap in Illinois?
Where do Illinois state workers stand with vaccine mandate?
More TOP STORIES News