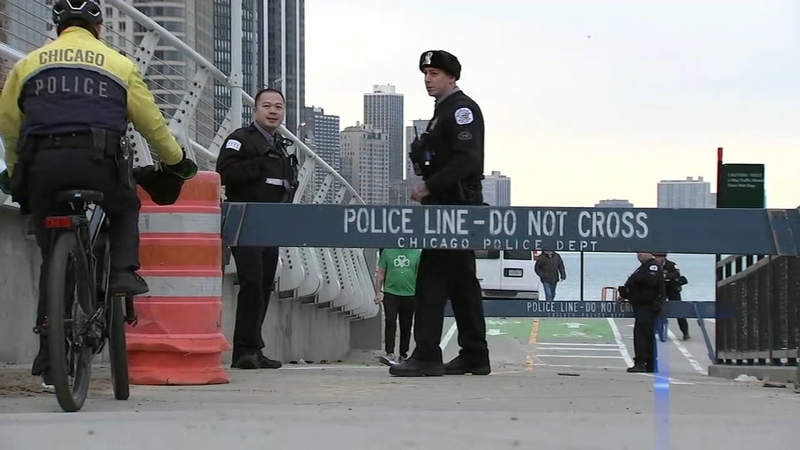 CHICAGO (WLS) -- Illinois Governor JB Pritzker announced Tuesday at his daily coronavirus briefing update that the state's "stay-at-home" order will be extended through the end of April as COVID-19 cases in the state spike to nearly 6,000. He noted that he is keenly aware of the hardships that have resulted from the order , but emphasized that because it is not clear when the number of cases will peak, he felt compelled to prolong the effort to slow the spread of the coronavirus.

"The cascading consequences of these steps weigh on me every minute of every day. But as I've said since the beginning, my priority through each and every one of these decisions has been and continues to be saving as many people's lives as possible," Pritzker said.

Pritzker said the state's disaster proclamation and suspension of on-site learning at schools across the state would also be extended through April 30.

"I won't try to tell you that a zoom prom is the same as a real prom," the governor said, "I won't try and tell you not to be sad about the last goals and plans that you may have had for March and April. It's okay to be sad."

The latest action by the governor seemed unavoidable after the president recently extended the national distancing guidelines through the end of April.

"If we can end these orders earlier, I'll be the first to tell you when we can start to make strides toward normalcy again," Pritzker said. "But that time is not today, and it's not April 7."

Gov. JB Pritzker said Tuesday he will extend Illinois' stay-at-home order through the end of April.

Mayor Lightfoot was among those supporting the governor's decision.

"I think getting people psychological prepared, which we've done over these last few weeks," Lightfoot said. "People understand and are starting to really get it, that staying home really will make a huge difference."

Adding on to the extension orders, Lightfoot said the City of Chicago will also extend its closure of the lakefront and adjacent parks, including the 606 Trail and Downtown Riverwalk. She acknowledged the challenge as the weather warms up.

"To pretend this crisis is anything less than dangerous would not only be irresponsible, but it would be deadly," Lightfoot said.

The governor said, under this extended order, all schools will transition from so-called "act of God" days to remote learning days, and those days will count toward the school year and won't need to be made up.

The announcement comes as Illinois public health officials announce 937 new coronavirus cases and 26 additional deaths Tuesday. The disease has now claimed 99 lives in Illinois, with the total number of COVID-19 cases climbing to 5,994.

"From all the modeling that we've seen, the greatest risk of hitting capacity isn't right now, but weeks from now," Pritzker said.

On the heels of the state's first death of a prison inmate, the governor said all who are sick will have access to needed medical care, including prisoners.

Hospitals that refuse to take on residents of the Department of Corrections will be called out by name, and those that refuse to operate in accordance to their oath can and will be compelled to do so by law.

Health officials also addressed new guidance by the CDC Tuesday that said there is growing evidence that people who are infected by the virus can be contagious 24 to 48 hours before showing symptoms.

"So that's even further evidence that we need to stay home. You can't eyeball someone and think you know if they're sick or not," IDPH Dr. Ngozi Ezike said.

The stay-at-home order took effect on March 21. The extension through April 30 coincides with the guidelines extended by President Donald Trump for social distancing and gatherings.

The Illinois National Guard and the Army Corps of Engineers are racing to set up the the first field hospital in the state at McCormick Place.

Meanwhile, the Illinois National Guard and the Army Corps of Engineers are racing to set up the the first field hospital in the state at McCormick Place.

McCormick Place will be dedicated to mostly non-acute COVID-19 patients. People who could benefit from the care of medical professionals but would not likely need a formal ICU.

Coronavirus Illinois: What is and isn't allowed during a stay-at-home order

The Army Corps of Engineers has been tasked by FEMA to support the state in developing the site.

"It really looks kind of like a trade show where there will be 10 foot by 10 foot rooms with beds in there and there's three different halls within McCormick Place that we're building out," said David Bucaro with the Army Corps of Engineers.

The convention space received 500 beds over the weekend and a total of 3,000 beds are expected by the end of April.

The Illinois National Guard is supporting the effort, currently putting hundreds of hospital beds together.

"A lot of beds, bed pans, lights you name it, anything that goes into an alternate care facility we are assembling it," said Jordan Wright with the Illinois National Guard.

The Illinois National Guard opened a new COVID-19 testing facility for first responders on the city's Northwest Side Monday.

Well over 200 people including laborers are inside McCormick Place racing to get the site ready as fast as possible.

"The goal is to have the first 500 units available by the end of the week," Wright said.

In the war against the virus, tens of thousands of hospital beds will possibly needed in the coming weeks. Meanwhile, existing hospitals will still treat the most sick.

"The first place we are directing our patients is to existing hospital beds, maximizing our underutilized hospitals first," Governor JB Pritzker said.


The transformation project is possible through $75 million of federal resources.

The City of Chicago released a statement regarding the project that read:

The state is now working to re-open Metro South Hospital in Blue Island and the former Advocate Sherman Hospital in Elgin.

The number of Illinois case has now reached 5,057. The state has been able to acquire millions of units of personal protection equipment but the governor says Washington continues to disappoint.

Governor Pritzker has also called for licensed health care providers available to fight against COVID-19 to register online at illinoishelps.net.

In Monday's coronavirus update, the governor also announced the state has received significant quantities of personal protection equipment, but the promised federal delivery of N-95 masks were instead simply surgical masks - which are not as effective.

The governor said he still has not decided if or when he will extend the state's "stay-at-home" order.