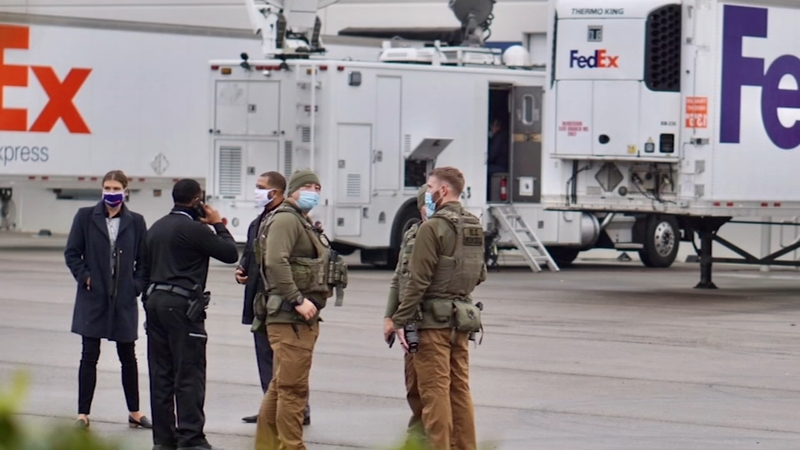 In existence since President George Washington installed the first U.S. Marshals officers in 1789, more than 231 years later the I-Team has interviewed the country's current director whose last name also happens to be Washington.

"We protect people and products" said Donald Washington, director of the USMS.

Securing the COVID-19 is a top priority and the US Marshals Service is the agency tasked with the job.

The products that hundreds of millions of people are waiting for are small vials of vaccines. Washington has assigned deputies across the country, coordinating with local and state police, to ensure that the truckloads are not tampered with or hijacked. Last weekend, federal marshals-who might normally be hunting dangerous fugitives or helping to protect U.S. judges and courthouses-were guarding initial shipments of the Moderna vaccine in Memphis.

"You can imagine that some people will be pretty interested in large quantities of a vaccine to prevent a pandemic or to harm us by ensuring that those vaccines not get to the arms that they need to get into in order to be effective for the American people" said Washington, describing a doomsday scenario for counter-pandemic planners.

The Marshals Service is adept at handling crisis scenarios from violent uprisings to hurricane relief. The agency is widely known for Hollywood interpretations by Tommy Lee Jones and others and perhaps by actual Old West lawmen Wyatt Earp or Wild Bill Hickok, both deputy U.S. Marshals in the mid-1800's. But in 2020, as caravans of unmarked marshals vehicles escort vaccine shipments, agency director Washington told investigative reporter Chuck Goudie in an exclusive interview that the USMS is more interested in low-key tactics.

"I'll tell you that the U.S. Marshals Service likes to perform this mission below the radar" Washington said. "You know, in a covert kind of way" he added slyly. In a day when there is still a significant terror threat to America, he said that "weapons are heavier" in the hands of deputies and possible wrong-doers. The role of the Marshals Service he said is "to make sure that nothing untoward happens to those shipments."

To that end, Marshals Service intelligence officers have been huddling with the federal Joint Terrorism Task Force because one fear of authorities is that vaccine shipments are a symbolic target for some groups.