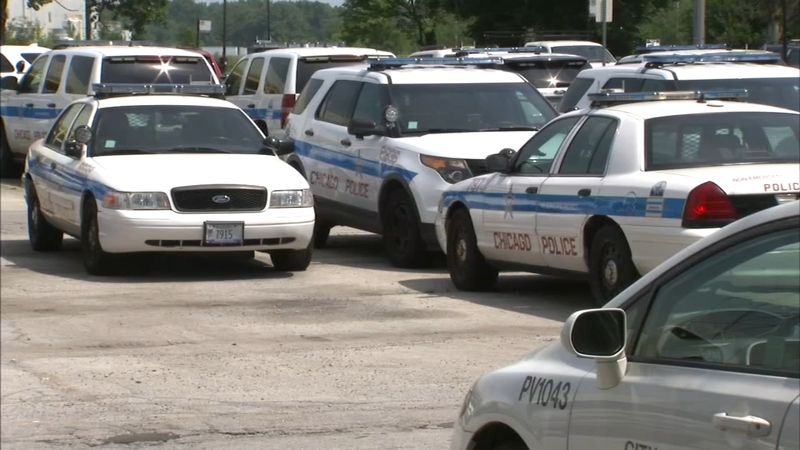 CHICAGO (WLS) -- A Chicago police officer died Tuesday morning after being found unconscious while on duty at the Calumet District police station on the Far South Side.

The officer, identified to the Cook County Medical Examiner's Office as 47-year-old Vinita Williams, was found unconscious about 4:15 a.m. at the station, 727 E. 111th Street, according to Chicago police. It was not immediately clear what caused her to fall unconscious.

She was taken to Trinity Hospital, where she was pronounced dead, police said.

"I didn't know her personally, what I hear from other officers is she was an amazing officer who took her job to heart," said Chicago Police Superintendent Eddie Johnson.

Johnson paid a special visit to the Far South Side police district Tuesday to help his colleagues get through a difficult time that also includes the death of officer Brandon Krueger, who shot himself inside of an unmarked police car in the parking lot using his service revolver.

Officials said Kreuger's death was unrelated to the female officer's. Krueger, 36, was part of the department's organized crime division and happened to be at the District 5 station that day.

National statistics show police officers are twice as likely to take their own lives as to be killed by an offender.

Johnson said support services from the Police Chaplains Ministry would be available to the officers' co-workers.