Chicago police out in force for 4th of July weekend 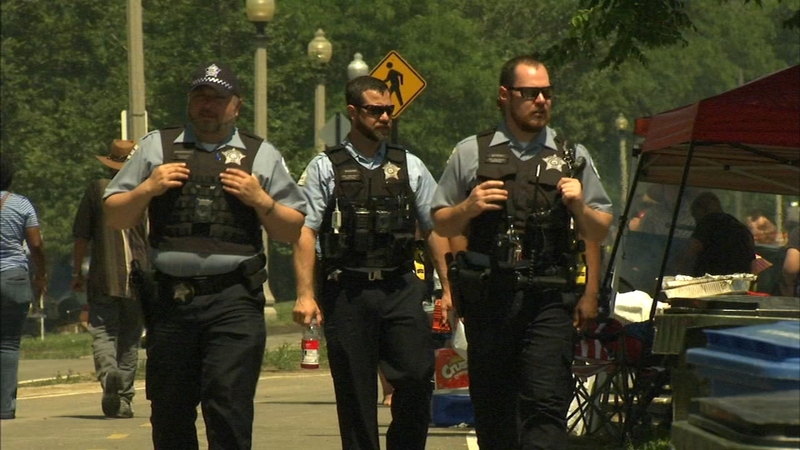 Chicago police out in force for 4th of July weekend

CHICAGO (WLS) -- Chicago police officers were out in full force in multiple locations throughout the city on the Fourth of July and are expected to be throughout the holiday weekend.

It's part of an all-hands-on-deck approach by the city to make sure this long holiday weekend is a safe one.

Officers will be focused on transit hubs with police riding on trains and buses. They will also be posted along the Magnificent Mile and Chicago's lakefront which expects to be busy over the next few days.

CPD said it's putting an extra 1,500 officers on the streets. That's 300 more than typical 1,200 added over the violent Memorial Day Weekend, where seven people were killed and more than 30 injured in shootings.

"I've seen the increase, like just walking around on my walks, you know, walking around the city, I've seen a lot of police and ,you know, presences, which makes me feel better," said resident Sherry O'Berry. "Even down at the beach."

Joe Soares, who was visiting Chicago, said he saw police on almost every corner.

"I feel very safe and secure, haven't had any problems," he said. "Just been having a great time."

Chicago Mayor Lori Lightfoot said this increase in police saturation has to do with last holiday weekend.

"Our first goal of the weekend is the safety of our family and our resident, that's why over the next few days we'll be all-hands-on-deck," Lightfoot said.

In addition, there will be extra police boats on patrol. In neighborhoods rocked by recent shootings, CPD is deploying more undercover officers.

But it's more than just a police effort, many liquor stores have also agreed to close early Thursday and the city is hoping every bit by the police and community will help keep violence down.

Chicago police were stationed at North Avenue Beach Thursday morning, just one of many that will be packed throughout the long holiday weekend.

"We're mostly here to enjoy the weather, you know," said beach-goer Austin Butler. "We might dip in the lake a little bit, but not do too much swimming."

The warning signs are already up: Red flags were posted at lifeguard stations reminding beach-goers to exercise caution while in the water.
Report a correction or typo
Related topics:
chicagoloopchicago shootingchicago crimepoliticschicago police departmentguns
Copyright © 2021 WLS-TV. All Rights Reserved.
RELATED 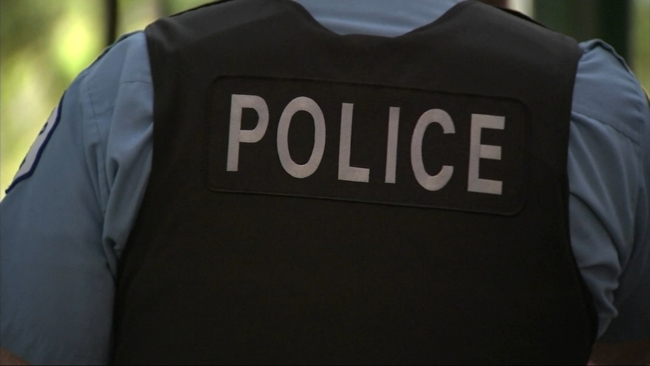