CHICAGO (WLS) -- Chicago police have released surveillance images of the people suspected in the burglary at the Michigan Avenue Nordstrom store.

The burglary occurred at about 1:38 a.m. as police said three to four people entered the store after breaking the glass on the front door with a rock or a brick.

The suspects then fled the scene with purses and other merchandise from the store, police said. 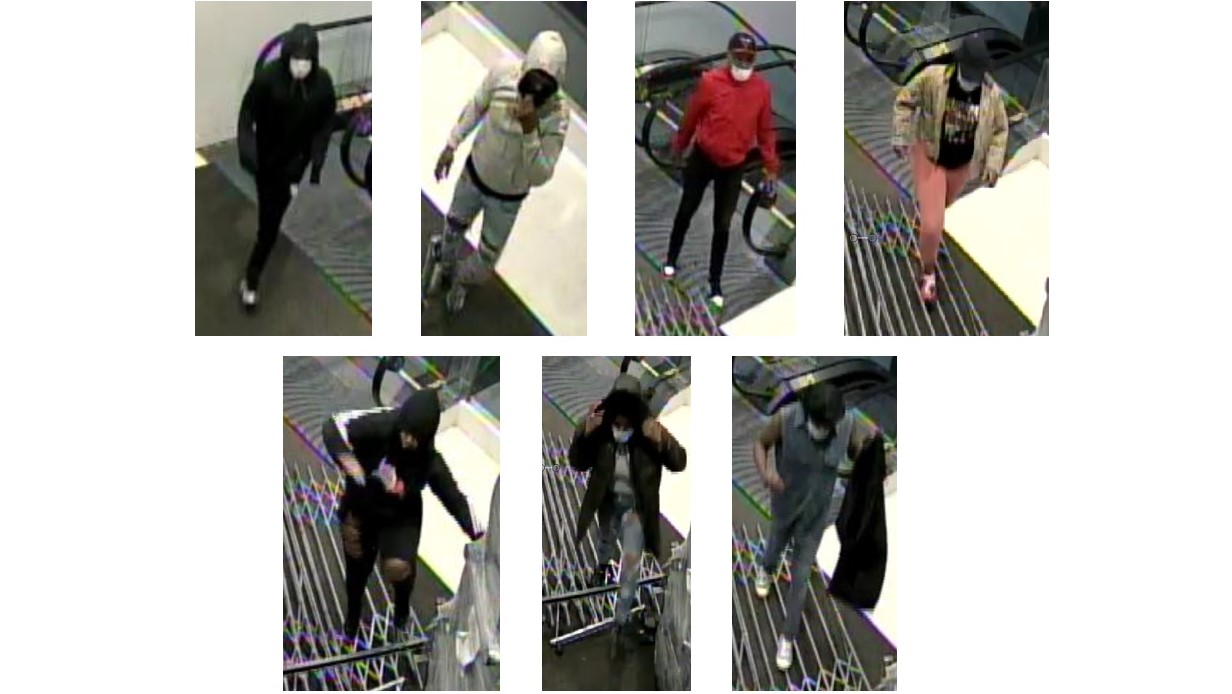 One officer was treated on the scene by the Chicago Fire Department after getting a minor injury.

Police said Kendrick Adams, 27, of Chicago, was taken into custody near the scene. He has been charged with burglary.

Anyone who recognizes any of the other suspects is asked to call police.
Report a correction or typo
Related topics:
chicagostreetervilleburglarychicago crimemagnificent mile
Copyright © 2021 WLS-TV. All Rights Reserved.
More Videos
From CNN Newsource affiliates
TOP STORIES