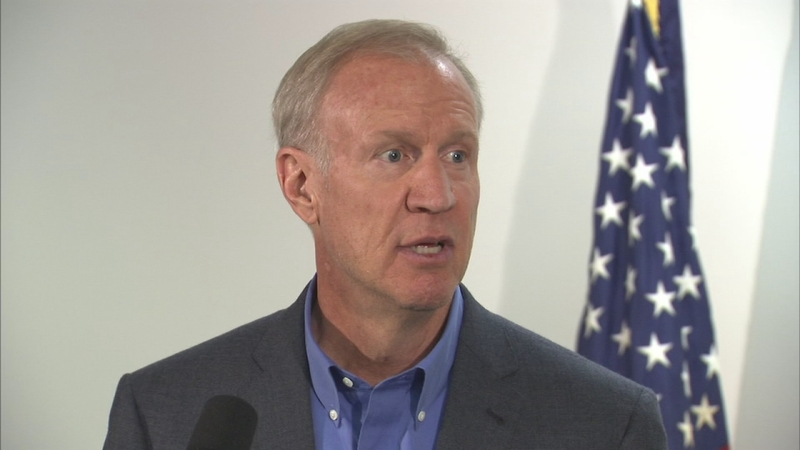 "I believe this is the most important single piece of legislation that we can pass this year," Rauner said.

The Rauner measure would freeze Illinois property taxes for two years and give local governments, including school districts, the right to negotiate with unions. Currently taxpayer-supported projects in Illinois are required to pay the highest union wages and the governor wants that changed.

Rauner said his measure would allow the state to, "actually manage the costs after the property tax freeze goes into place. We think that's critically important."

To attract support from Democratic lawmakers, the governor has attached sweeteners to his bill including an additional $74 million in aid to high-poverty school districts, a commission to change the statewide school funding formula and $200 million to pay for Chicago Public School teacher pensions. The bill would also require Chicago teachers to make the entire employee contribution to their pension fund.

"I think it's time for the Governor to get real," responded State Rep. Christian Mitchell.

Mitchell, whose district lies entirely within CPS boundaries, said the Rauner is holding CPS children and parents hostage to get a right wing, anti-union agenda passed:

"There is not a piece of legislation he can offer that we in the House are going to say we are going to sell out working people and the wages and working conditions that they've earned in order to get money for school children," Mitchell said.

Democratic House Speaker Michael Madigan, according to Gov. Rauner, is the only Springfield leader who has not endorsed the property tax freeze bill.

Rauner wants Democratic lawmakers, especially those from Chicago, to disregard what Madigan wants, "and vote for their residents, their voters, their taxpayers. Vote for their school children. Don't vote for some higher power. Vote for their people."

The Governor says he does not want Speaker Madigan taking parts out or adding to his bill. He wants the measure debated and considered in its entirety.