Car jammed underneath semi in deadly crash near I-80/94 in Gary; 2 ID'd 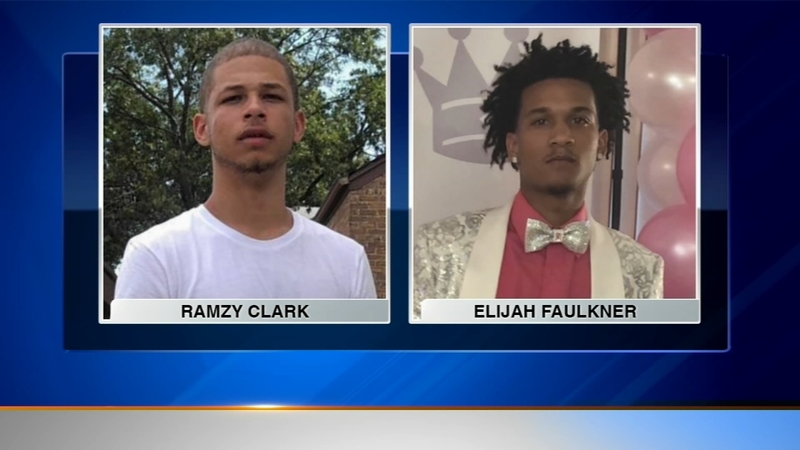 GARY, Ind. (WLS) -- Two of the three people killed in a deadly crash after a car became jammed underneath a semi in Northwest Indiana Friday morning have been identified.

The victims were identified by the Lake County Coroner's Office as Elijah Faulkner, 19, and Ramzy Clark, 18. Both Faulkner and Clark were pronounced dead at the scene. Their deaths were ruled an accident.

A third victim, who has not yet been identified, was transferred to a local hospital where they later died.

The crash occurred just before 4 a.m. as a white Dodge Charger and a semi-trailer collided near the I-80/94 interchange at Grant Street in Gary.

The Charger ended up being wedged underneath the semi.

"My son is dead," Larry Faulkner said. "Nobody can tell me nothing. I know there was an accident involved, but we don't know what kind of an accident."

"I didn't know last night would be the last night I would see him," said Aritrez Epting, Faulkner's mother. "He came over to visit us."

Faulkner's family said he borrowed the white Dodge Charger from a relative. He worked the midnight shift at UPS.

Clark's cousin happened to drive by the crash.

"They had to blocked off," Larry Hopkins, cousin, said. "I had to go around, and then I went to my grandma's house. Went to sleep, woke up, and come to find out that was my cousin in the car."

Before the crash, Lake County Sheriff's Police said they stopped the car about a mile away. Police said while officers were talking to the three men, the driver left at a high rate of speed.

Police attempted to follow the car, but said officers lost sight of it at the I-80/94 mile overpass, and later saw it hit a semi.

The Faulkner family, after identifying Elijah's body, wants a clear timeline and specific details after the traffic stop.

"They gave me a picture so I can identify him," Larry Faulkner said. "They said we could go to the sheriff's office, but it might be a couple weeks before we can get a police report."

Police declined to talk on camera, but said the truck driver refused medical treatment at the scene.

The Lake County Sheriff's Office in Indiana is the lead agency investigating the crash and they spent the morning reconstructing the scene and taking pictures.

The victims' families have questions for the police about video, including if there is dash cam or body cam video from the officers who pulled the car over before the crash.

The Lake County Sheriff's Office spokeswoman only put out a press release Friday, and did not return calls or emails to answer those questions.

Autopsies for all three victims are scheduled for Saturday.