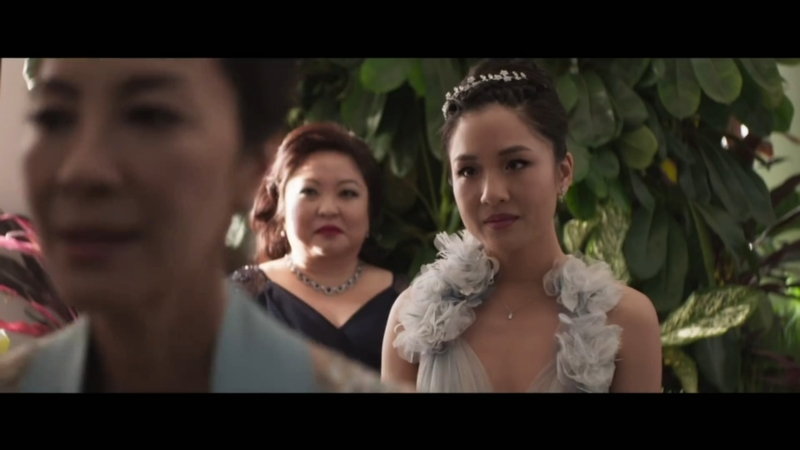 "Crazy Rich Asians" opened in theaters Wednesday to great reviews as the first movie in over two decades with an all-Asian cast and creative team.

Director Jon M. Chu and leading man Henry Golding (who plays Nick), who arrived for their ABC7 interview via helicopter on Chicago's lakefront, talked about the lavish production that is filled with love and laughter.

The story follows Rachel, who joins her boyfriend Nick on a trip to Singapore for a wedding. His family is beyond wealthy and Nick is the catch of the country. On top of that, she's up against a critical, controlling mother.

So, was it fun to act that rich?

"The good thing about Nick is that he doesn't base his demeanor around his wealth or his riches or his family, the whole reason why he escaped that was because he wanted to be that independent person, and for Rachel to love him for who he is," Golding said..

Chu, when asked which cast members didn't look like they were acting, said: "I feel like everybody's sort of matching a little bit of their character, real life character, I think that's what's great."

Chu added: "One of the benefits of doing the first all Asian cast in 25 years in Hollywood is you get pick of the litter, you get literally the best actors in every category, comedians, heroes, dramatic actors, villains, whatever we want."

Golding may be a new sex symbol for some fans, but he's already been a sex symbol in other places.

"I've warned him, I said, 'Get ready for the ride," Chu joked of Golding.

"It was really fun to paint a tableau of all different types of Asians, of all sizes ages, styles, to show the world that it's not just one style it isn't just this ancient Chinese style that's been in so many movies, that we're modern," Golding said.