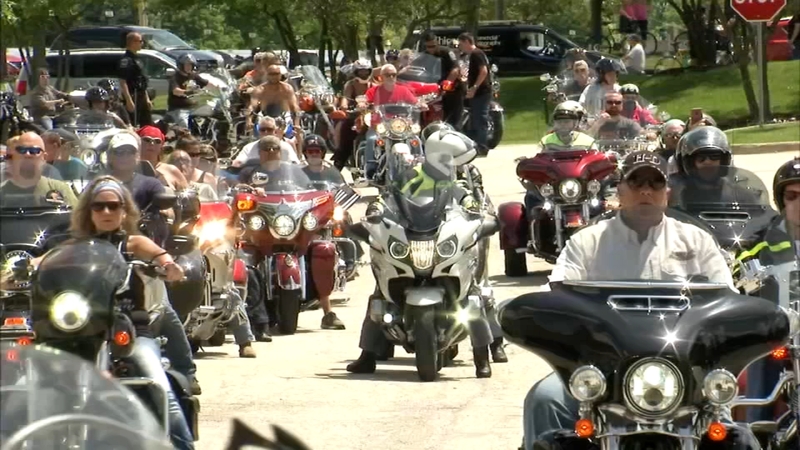 Although participants on both ends have different opinions, the dueling protests were peaceful.

Carol Tedesco, the daughter of a retired Chicago police officer, was among the 500 people who took part in a motorcycle ride and rally, showing support for law enforcement.

"You got to support the men and women in blue. They do a great job," Tedesco said. "They're getting beat up everyday on the streets, and it's not right."

"There's 1% of bad cops. That's in any big demographic you have, and I just don't think that every cop is a bad cop. I just want to make sure everybody knows that," Merrill said.

The group is pushing back against what they call an anti-cop backlash since the death of George Floyd, a black man who was pinned under the knee of a white Minneapolis officer while in police custody.

The two protests crossed paths at a local park after the motorcycle riders stopped at several local police stations.

The few dozen Black Lives Matter demonstrators chanted as the bikers rode by.

David Bradburn, who grew up in a multi-racial home, organized their weekend counterprotest.

"It's shameful," Bradburn said. "It's embarrassing to see the demonstrations when all that is being asked is to say that Black lives matter."