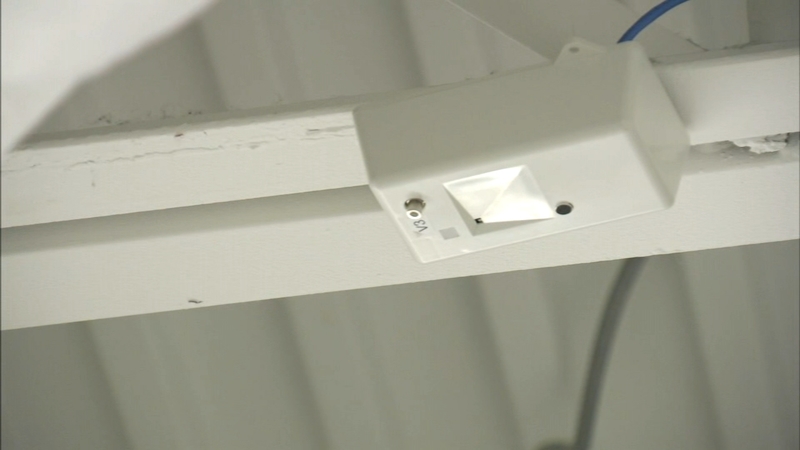 CRYSTAL LAKE, Ill. (WLS) -- It's not a magic machine, but it can detect physical evidence of vaping and the bullying that sometimes accompanies it.

Prairie Grove School District 46 has installed 10 of these sensors throughout their elementary and middle school campus in Crystal Lake to defeat vaping and bullying at the source. The detectors are clearly marked by signs so students know they are there.

"We believe it is a national epidemic that is affecting the youth of today," said Kevin Werner, chief school business officer for Prairie Grove District 46.

The system is known at Fly Sense. It is a dual vaping and noise monitor that sends alerts to school administrators' devices all day long if inappropriate behavior is suspected. After a number of false positives following their installation in bathrooms and locker rooms in early January, Werner said they're now working.

"If it sees a spike that could represent student violence or something going on, again, it will send a similar alert but identifying it as a bullying alert versus a vaping alert and have the administrator go and investigate," he explained.

The school took advantage of a grant from device maker Soter Systems to get 10 units for $5,000, or a 50 percent discount. The McHenry County Substance Abuse Coalition endorsed the move, saying anything is worthwhile to keep kids away developing the neural pathways that facilitate addiction.

"Once you've created them you can't go back and take them out, so those pathways are always there. The future likelihood of an addiction is high," said Laura Crain, McHenry Substance Abuse Coalition.