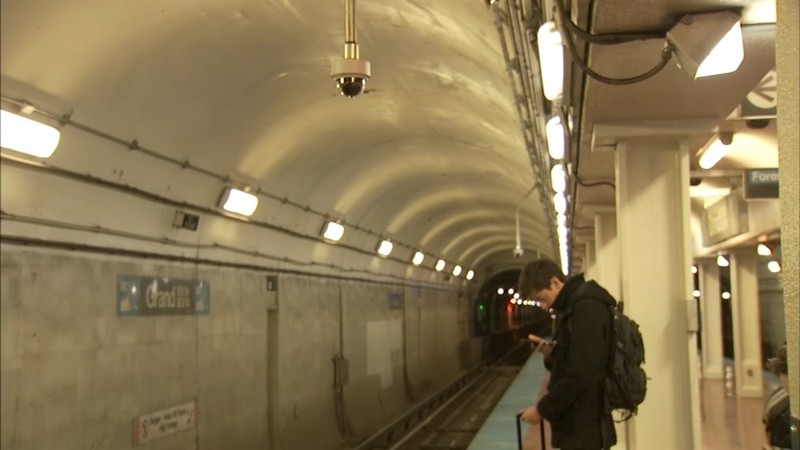 About 500 new security cameras were installed in and around CTA stations across Chicago this year, officials announced Monday.

The new cameras - which were installed along the Red, Blue and Brown lines -- aim to increase security at the stations. Ninety-five new HD surveillance cameras were installed near the entrances of the Grand and Chicago Blue Line, Sedgwick Brown Line, and the Clark/Division, Lake, Grand, Jackson and Monroe Red Line stations.

The cameras are part of the "Safe & Secure" program - a $33 million, multi-year investment funded by the mayor's innovative ride-hailing fee.

The program seeks to add 1,000 new cameras and upgrade more than 3,000 older-model cameras throughout the system to the latest-generation HD cameras.

The program also includes new lighting, repairs and enhancements to safety at all 145 CTA rail stations. New cameras will also be installed at more than 100 CTA bus turnaround locations, and video monitors will be added to CTA rail stations to aid personnel in monitoring station and customer activity.

The book, called "Elevated: Art and Architecture of the Chicago Transit Authority," is a first-ever book showcasing CTA's extensive collection of public art and significant architectural contributions, many of which have been added during the mayor's tenure, his office said in a statement.

In conjunction with the book, CTA has also partnered with the Chicago Architecture Center (CAC) to create two new, 'L' tours that showcase select CTA station art and architectural details featured in the new book. These new tours, one covering Chicago's South Side and the other the North Side, will be offered from the CAC in early 2019. The new tours will join the popular, current CAC 'L' tour Elevated Architecture: Downtown 'L' Train.