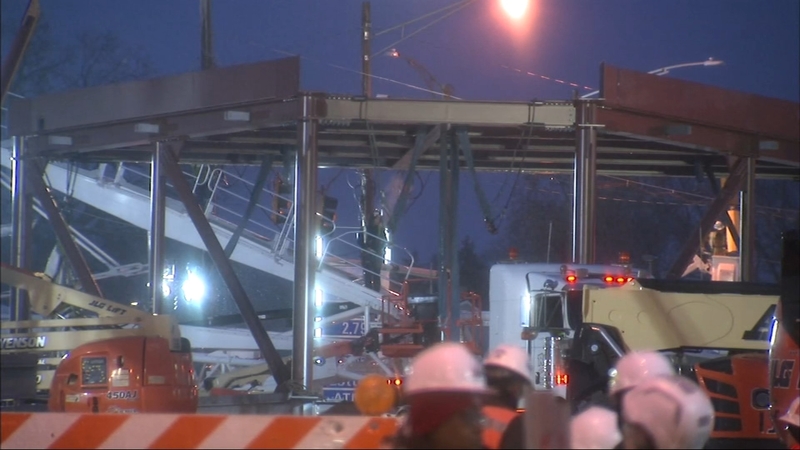 CHICAGO (WLS) -- Major street closures are in effect Sunday as part of a massive CTA construction project on the South Side.

South State Street, 95th Street and South Lafayette Avenue are all closed around the 95th Street CTA Red Line Station to pedestrians and vehicles. Crews are installing a pedestrian bridge that will connect the North and South terminals at the newly remodeled station. 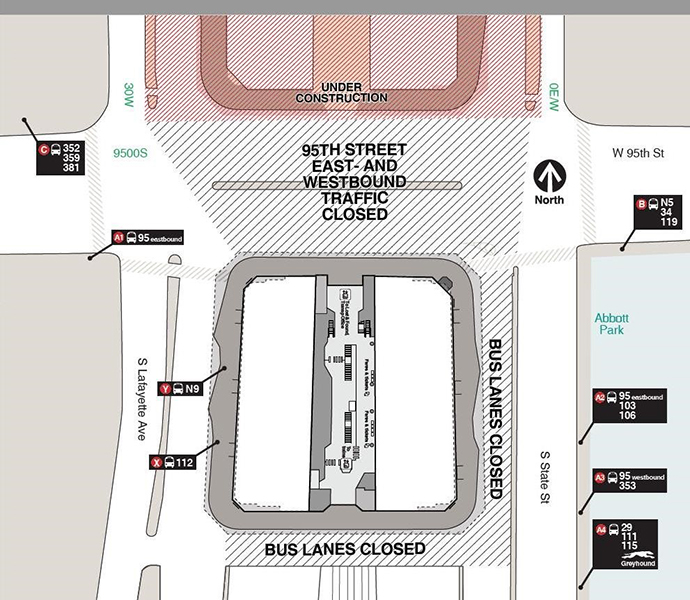 The pedestrian bridge is massive, spanning 150 feet. Construction crews are using large cranes to lift parts of the bridge into the air and then connect it to the North and South terminal. It will be installed in three large sections.

Instead of walking down 95th Street in the area, pedestrians will be rerouted around the open south end of the South Terminal along the bus area sidewalks.

Vehicles will be forced to detour along Halsted Street, 87th Street and Cottage Grove Avenue. Buses are also being re-routed.

The streets will be closed until approximately 11:30 p.m. Sunday evening.

It's part of the renovation of the transportation hub. The South Terminal of the station re-opened in April of this year.

The reconstruction project will include updated stations, sidewalk and lane expansions, new lighting, new art from a local artist and more security cameras.

The city estimates that there are roughly 300,000 people who live within walking distance of the bus routes serving the terminal.
The city says the project was needed to provide safer access to buses and the train station and to expand facilities - with the goal of fewer delays and shorter travel times.

The Red Line has the highest ridership of any "L" line and the 95th/Dan Ryan station is one of the CTA's busiest stations. More than 20,000 bus and rail passengers pass through every single day.