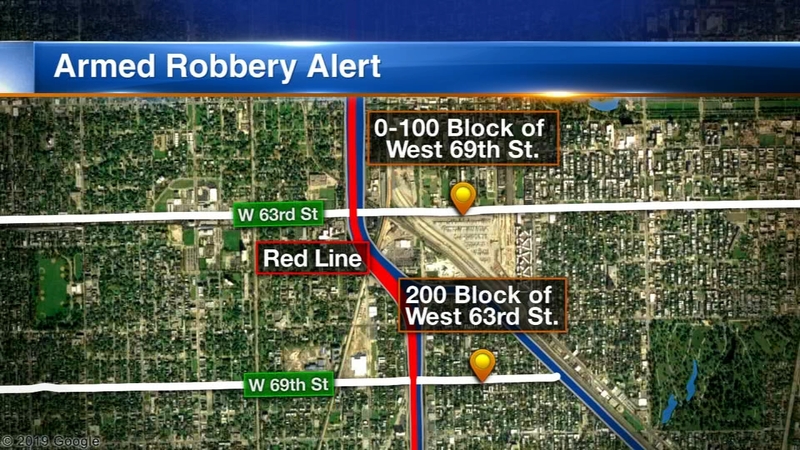 CHICAGO (WLS) -- Chicago police have issued an alert for CTA riders after three recent robberies at Red Line stations on the South Side.

Two of the victims were robbed at the 69th Street station in the Greater Grand Crossing neighborhood, and a third robbery occurred at the 63rd Street stop in Englewood.

Police said between one and three offenders confronted victims on the platform or as they exited the station.

A handgun was used in two of the robberies.