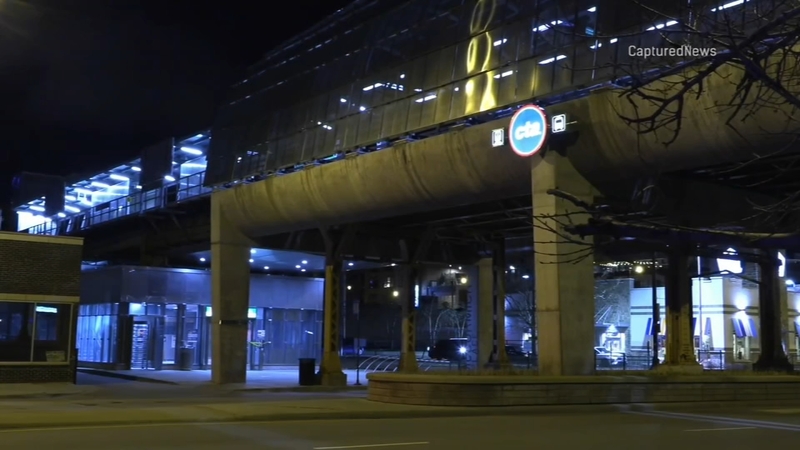 CHICAGO (WLS) -- A man was stabbed during a robbery on a CTA Green Line platform on the Near South Side Wednesday night, police said.

The 26-year-old victim was on the Cermak-McCormick Place station at about 10 p.m. when police said he was approached by three suspects who demanded his property.

The victim then got into a physical altercation with all three suspects and one of them produced a knife and stabbed the victim in the right arm, police said.

The suspects ran off with the victim's property while police said the victim transported himself to Northwestern Memorial Hospital after realizing he had a puncture wound. The victim is in good condition, police said.

The CTA said in a statement an initial review of security footage does not sho evidence of an attack.

"As it does for every crime, CTA is reviewing and providing security camera footage for the alleged incident reported around 10 p.m. Wednesday night," the CTA said in a statement. "Our initial, preliminary review of footage at the Cermak-McCormick Place Green Line station, as well as nearby stations, does not show any evidence of an attack occurring on CTA property, including the platform or mezzanine. Further, security video does not show the victim at the station, nor on any Green Line train that stopped at the station. CTA continues to review the video, and has provided all video to Chicago Police to assist in its investigation."

No one is in custody. Area Three detectives are investigating.