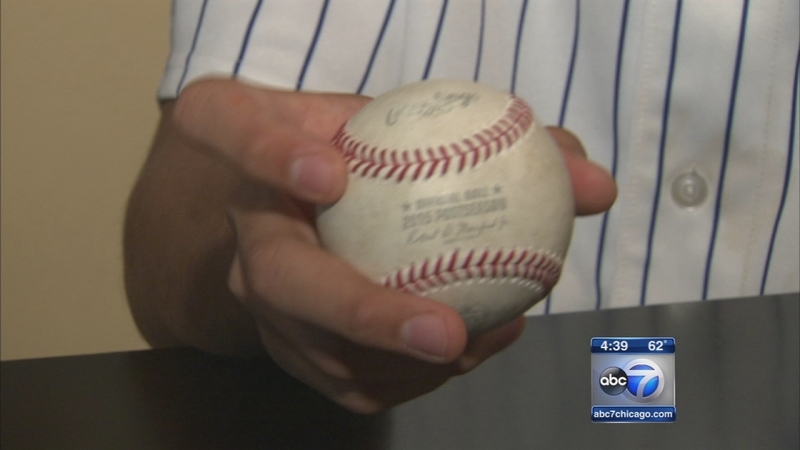 CHICAGO (WLS) -- The Chicago Cubs hit six home runs at Wrigley Field to beat the St. Louis Cardinals 8-6 in Game 3 of the NLDS, and six lucky fans brought those balls home with them. We talked to three of them.

PHOTOS: The fans who caught the Cubs' game 3 home runs 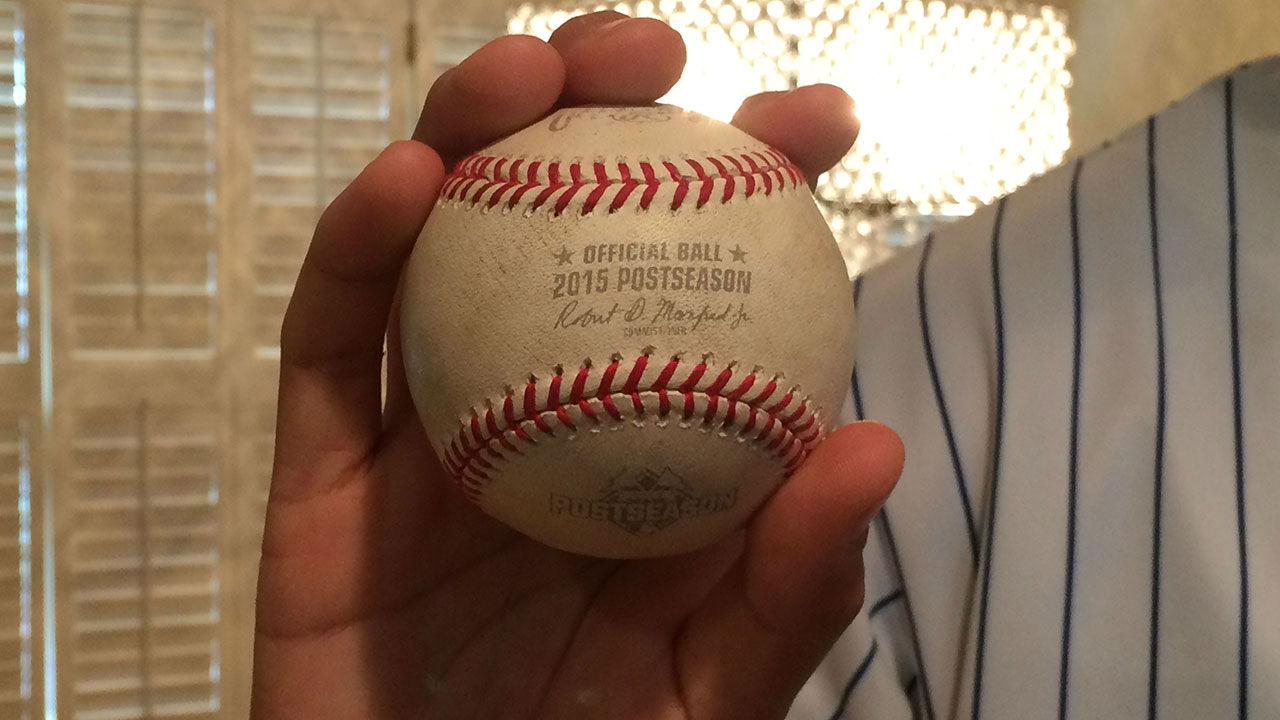 Deerfield, Ill., native Nick Jarecki, 17, had a little bit of an advantage: he's 6 ft. 5 in. tall. That made making the catch a little easier.

"It hit me right in the hands and I just closed them," Jarecki says.

Jarecki took the day of school Wednesday, but he'll still be on the field for football practice. He's also on his school's baseball team, where he's a pitcher and first baseman.

Jeff Baum, who has lived in Lubbock, Texas, his whole life says he became a Cubs fan as because he got better TV reception for the Cubs game than he did watching the Houston Astros. He was in town for the Chicago marathon, but he took a detour during the race to take pictures at Wrigley.

He scored tickets to the game and found himself in the right place at the right time.

"It was crazy," Baum says. "I'm not sure I've ever experienced anything like that."

Baum caught Kyle Schwarber's second inning home run, the one that went screaming out into the left field bleachers.

"I was a little shaky, my hands were quivering a little bit," he says. "I don't know if it was the adrenaline of catching the ball, or finishing the marathon, or a combination of the two. It was a great moment. I've never caught a ball at any game ever."

He says he's nervous about game four, but believes the Cubs are going all the way. He also wants to give the ball to Schwarber because he believes it's something he should have. Baum says he has the memories that will last a lifetime.

Wisconsin doctor and Chicago native Jim Gatto nabbed Kris Bryant's fifth inning homer. Gatto grew up on the South Side but became a Cubs fan thanks to his late uncle George Gatto, who played for the Cubs in the minor leagues.

Gatto lives in Wisconsin and maintains a family practice, but he still has Cubs season tickets and was attending Monday night's game with his brother.

"When the ball left the bat you could pretty much tell that it was going to leave the park and then as it got closer I thought, 'this thing is coming right for me,'" Gatto says.

Gatto says he's never caught a ball once in the hundreds of games he's attended at Wrigley. He says he gave the ball to security to give to Bryant.

Now these three men are sharing the spotlight with the Cubs.

"For the rest of the game people were taking pictures with me, with the ball," Jarecki says. "Posing like I had caught it again, it was like I was a celebrity for a little bit."