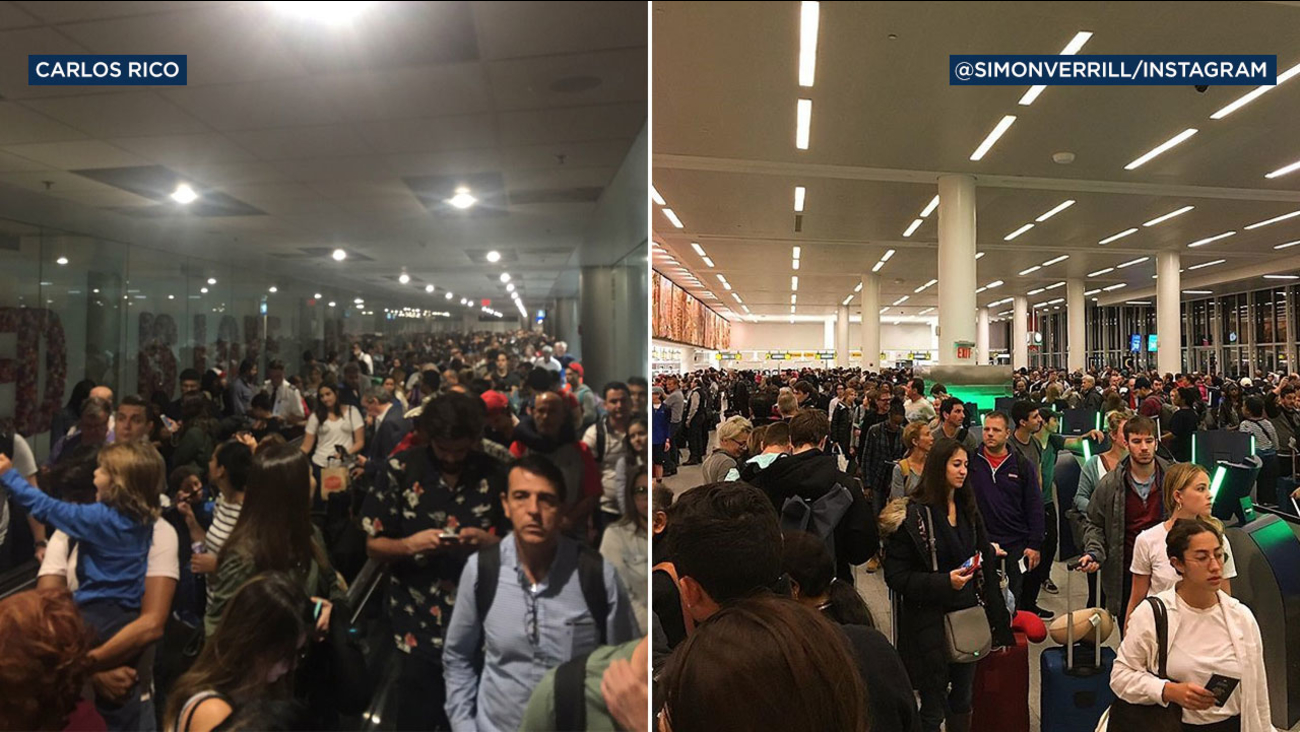 A U.S. Customs and Border Protection outage caused headaches for travelers around the country on Monday, Jan. 2, 2017.

Airport officials and travelers across the country reported delays ranging from 30 minutes to two hours.

Customs and Border Protection officers processed international travelers through "alternative procedures" while the agency scrambled to repair what it called "a temporary outage with its processing systems."

"Travelers at some ports of entry are experiencing longer than usual wait times and CBP officers are working to process travelers as quickly as possible while maintaining the highest levels of security," CBP spokesman Daniel Hetlage said in a statement.

Few announcements. No water. Emergencies breaking out. MIA airport and the City of Miami need to do better. @CityofMiami pic.twitter.com/YauC05YMZ9

The outage lasted about 90 minutes at Hartsfield-Jackson Atlanta International Airport before computers were up and running again, US Customs Border Protection spokesman Rob Brisley said.

Jennifer Powers-Johnson was returning from a London family vacation when she arrived at Salt Lake City International Airport on Monday. As she waited in line at customs she learned from a cousin via text message what was causing the holdup, she told CNN.

"Delta had us all line up after we landed and it took a while before customs was even able to find us a place where we could wait because the airport is so small," Powers-Johnson said. "I would not have had any idea of what was going on if my cousin did not text me."

College student Chinedu Elendu was returning with his brother and sister from a family vacation in Nigeria when the outage held him up for about an hour and a half at San Francisco International Airport.

They had just finished two legs of their journey: a 6.5-hour flight from Nigeria to Frankfurt, Germany, followed by an 11.5-hour flight to San Francisco, he said.

"When we got to the place in customs where you scan your passport, my brother and sister scanned theirs and got through fine. Mine did not scan and I had to get in a different line. That was the line that took so long," Elendu said.

No announcements were made at the airport explaining the delay, he said. He overheard people talking about a nationwide computer problem affecting people with all kinds of passports.

Elendu still has one more leg of his trip as he heads back to Portland, Oregon, for school.

CBP took immediate action to address the issue and CBP officers continued to process international travelers using alternative procedures at airports experiencing the disruption. Travelers at some ports of entry experienced longer than usual wait times as CBP officers processed travelers as quickly as possible while maintaining the highest levels of security.