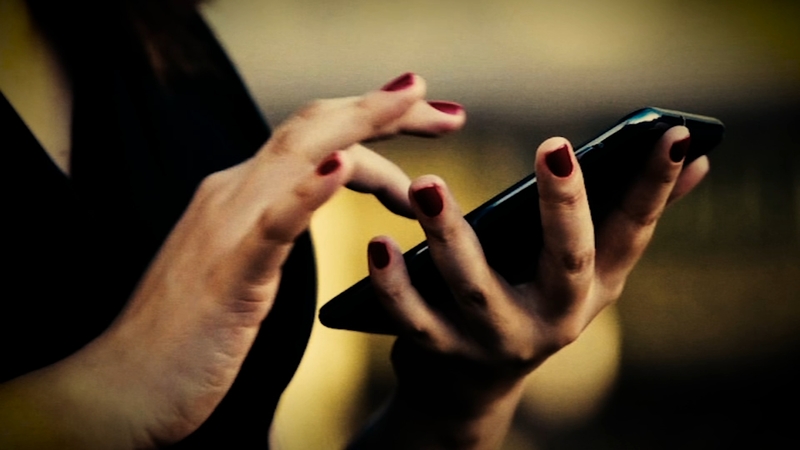 CHICAGO (WLS) -- You may think you know what's in your child's phone, but keeping up with changing technology is no simple task.

The I-Team talked to an expert about the latest ways to keep your kids safe.

"There is no such thing as privacy for children," said retired Naperville detective Richard Wistocki.

Wistocki is now a private technology consultant for BeSure Consulting, and holds seminars around the country to educate kids, parents and law enforcement about the latest smartphone concerns and apps which can hide pictures and videos, and act as "vaults."

There are several different versions of those fake calculator apps but many have to be purchased or downloaded through app stores that have a verification process, which parents can also monitor.

Wistocki also highlighted Snapchat's feature which can hide past "memories," like old stories and pictures. It's an option called "My Eyes Only."

Snapchat said it's designed so users can hand their phones to friends "...without being worried they might catch an eyeful of something meant just for" them.

"So the parent grabs it they see "my eyes only" on there, wham they hit that, put the code in. If there is a code pad there then they are hiding stuff in their stories, in their vault," Wistocki warned.

Wistocki said parents should also take phones away at bedtime.

"When you allow your child to charge their devices in their rooms at night, you're sleeping, they shut the door so you can't hear them, they don't need to talk. It's typing, reading," he said.

And you may want to turn off two-step authentication on your teen's phone if you're using apps to track and monitor your kids, he said.

"Because now if there is a third party going in there to look at the stuff, it sends the owner an email, you must change your password. So now no one can monitor," Wistocki explained.

However, Apple and data experts urge all customers to use two-factor authentication for all devices for data security.