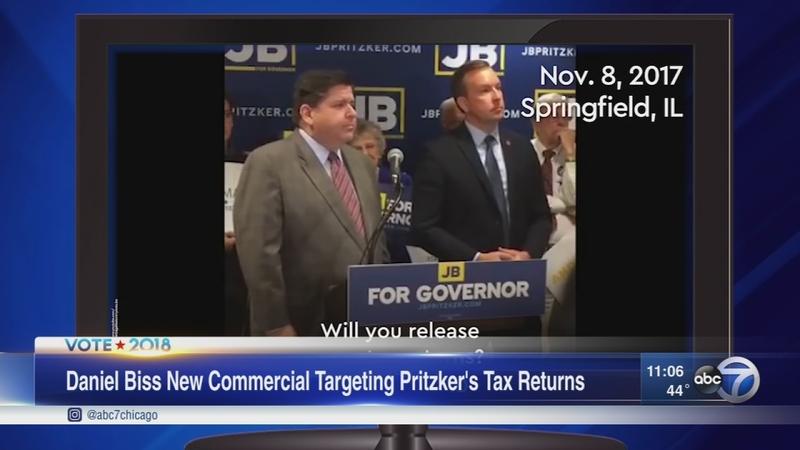 CHICAGO (WLS) -- The gubernatorial race in Illinois is entering a new phase as the presumed Democratic front-runner finds himself under attack, with comparisons to President Donald Trump.

The latest twist is in a new ad launched by Daniel Biss, who goes after billionaire JB Pritzker over his tax returns.

The video shows Trump responding to questions about releasing his tax returns by saying they are complex. It then shows Pritzker using the same reason for not having released his returns.

The new ad comes on the same day Democrat Chris Kennedy plans to announce a new endorsement from the head of the Chicago Police Board, as he releases a new anti-violence ad, pledging to end gun violence.

On the Republican side, State Representative Jeanne Ives, who is mounting a primary challenge to Governor Bruce Rauner, is set to have her first big fundraiser with a Chicago Bears connection. Virginia McCaskey, the matriarch of the ownership family, is listed as a $10,000 table host for an Ives fundraiser next Monday.

Meanwhile, Rauner is now touring the state as part of his "Our Home, our Fight" campaign as he revs up his re-election efforts. Democrat JB Pritzker has attacked that campaign, calling it the "Home I fought to Destroy" tour.