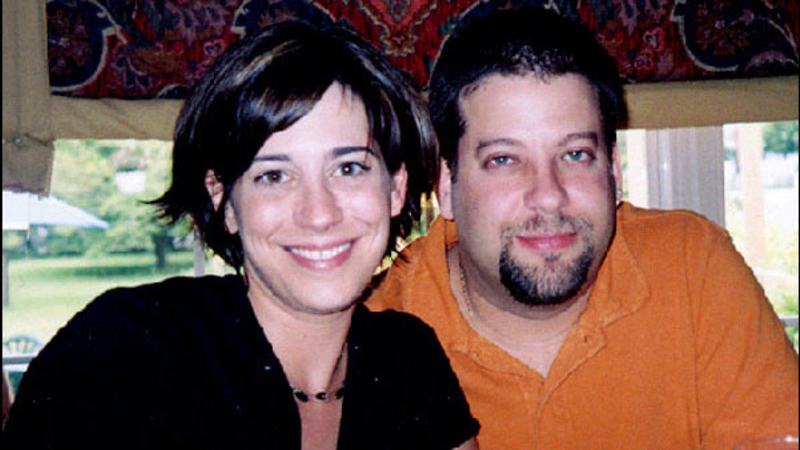 VIDEO: Where are Richard Petrone and Danielle Imbo?

PHILADELPHIA -- Where are Richard Petrone and Danielle Imbo?

For 10 years, it has been a question with no answer for their family, friends and police investigators.

They were headed to Imbo's home in Mount Laurel, New Jersey. No one knows if they ever made it there.

No evidence of their fate has emerged in the years since.

Nor has there been any sign of Petrone's vehicle, a 2001 black Dodge Dakota pickup truck with Pennsylvania license plate YFH 2319.

Petrone's parents, Richard Sr. and Marge, reflected on the painful anniversary Tuesday. The owners of a popular Main Line baker remain frustrated as they cry out for answers.

"I lost my son, so I don't know I'll ever have closure, but I do know that I want justice for Richard and Danielle," said Marge Petrone.

Both Petrone, then 35, and Imbo, then 34, were described as dedicated parents with nothing in their lifestyle that would suggest they could be targets of foul play.

A twist in the case came in 2008 when the FBI said evidence seems to suggest they were targets of a murder-for-hire plot.

But who would want them dead? It's yet another question with no answers.

The FBI has questioned Imbo's estranged husband, Joe Imbo, many times. Just days before he vanished, Petrone told his father he had angry words with Joe Imbo over the phone.

However, the FBI will not call Joe Imbo, who now lives in South Carolina, a person of interest as they launch a cold case investigation.

"We're not identifying anybody as a suspect, but we're not ruling anyone out. Everybody is ruled in at this point," said J.J. Klaver of the FBI.

"Somebody has to pay for this. They killed two innocent people for no reason. Danielle was a wonderful girl too, a wonderful mother," Marge said.

According to RichardPetrone.com, Petrone was described as 5'9" tall, 200 pounds with brown hair and blue eyes. He had a tattoo that read "Angela" on his left arm and one with clowns on his right arm. He was wearing a gray hooded sweatshirt, jeans and sneakers.

Imbo was described as 5'5" tall, 117 pounds, with hazel eyes, fair skin and brown hair. She had a tattoo of flowers on her lower back. She was wearing a black jacket, cream-colored sweater and blue jeans.

The Petrones can only hope that there's finally a break in this decade-old mystery that triggers so much agony.

"Somebody didn't just drop of out the sky and take these two people," said Marge Petrone. "This was planned."