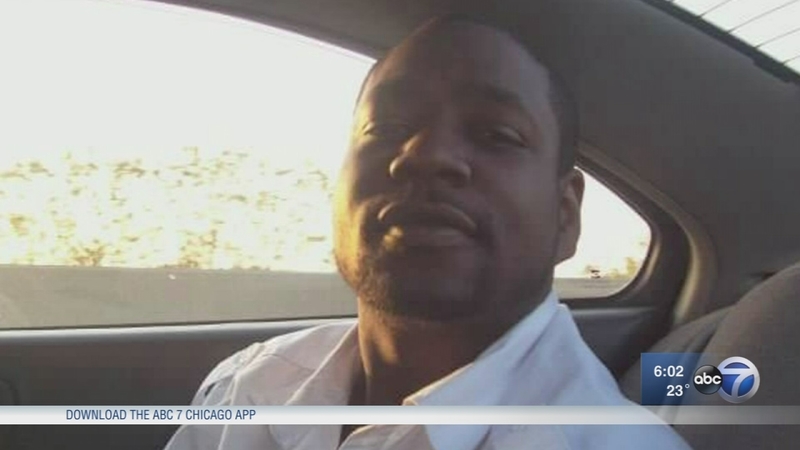 CHICAGO (WLS) -- The Independent Police Review Authority is calling for the firing of an officer linked to the shooting of Darius Pinex.

IPRA is recommending that Raoul Mosqueda, the Chicago Police officer involved in the shooting of Pinex, be fired for lying about the events that led to the shooting.

The mother of Darius Pinex says she is overjoyed right now. She says the IPRA report is what she has been fighting for - for six years.

A January night in 2011, when Chicago Officer Raoul Mosqueda shot and killed Darius Pinex during a traffic stop that turned deadly.

The Independent Police Review Authority has released this report, concluding that the officer "was not justified in initiating the traffic stop of Subject or treating the stop as a high-risk encounter."
For years, Pinex's mother, Gloria, has called for the officer to be fired.

"I was thrilled, I was overjoyed... I'm just happy. He is finally going to get what he deserves. That's it, that's all," said Gloria Pinex, mother of Darius Pinex.

Gloria Pinex was recently upset after learning that Officer Mosqueda was appointed to become a field training officer. Again, she called for him to be fired.

"That's my concerns that they follow through on it, you know. And I don't have to fight them tooth and nail. I've been fighting tooth and nail for 6 years," said Pinex.

On Thursday, a Chicago Police spokesman said the department will review the IPRA findings.

"If the IPRA findings are true and he lied, he will be fired," said the CPD spokesman.

The video released on Thursday does not show the actual shooting.

A spokesman for CPD said that their legal department is reviewing it and that it will ultimately be the superintendent's decision if the officer is fired.

In January 2016, a federal judge accused a City Hall lawyer of hiding evidence in the fatal police shooting of Pinex and tossed out a jury's ruling in a wrongful death lawsuit that the shooting was justified.