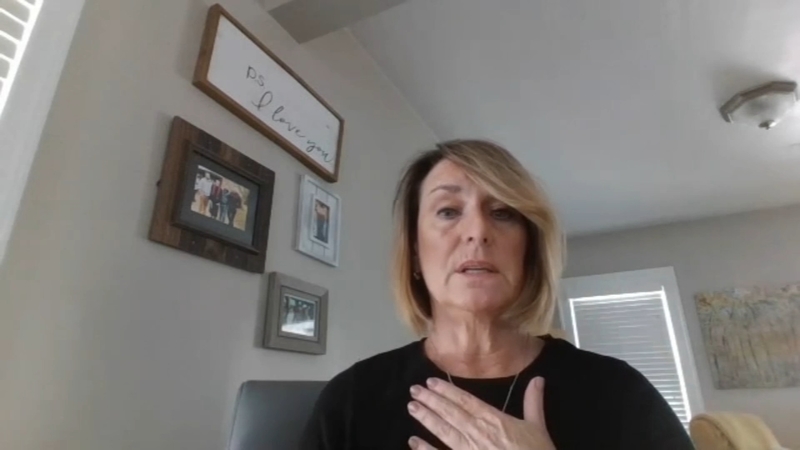 Conroy is the most recent in a group of state lawmakers to receive threats involving opposition to legislation they've endorsed.

Members of a far right group protested Tuesday in front of Conroy's district office with police cars providing protection. She was forced to close her Villa Park office after receiving multiple death threats for misinformation spread about legislation she is proposing.

"I can't explain to you the things that people said, the words they used," Conroy said. "There is a word that begins with the letter "C" that I can tell you at my age I've never said it out loud. And I've read it so many times, it's disturbing."

It all began when some online publications took Conroy's legislation out of context and claimed that she supports concentration camps for unvaccinated people.

Conroy said her contribution to the bill has nothing to do with COVID quarantines. She said the legislation simply requires state data to be released to local health departments more quickly.

"So in the meantime, Republican politicians doubled down on it," Conroy said. "They inflamed it. They made it worse."

The threats against Conroy and three other Democrats prompted House Speaker Chris Welch to write a letter to House Republican Leader Jim Durkin. Welch wrote, in part, "I will call on you to set the record straight, because purposefully mischaracterizing the intentions of our colleagues for political gain must stop. If we are to restore public trust and faith in government, we must do it together with honesty, decency and respect for one another."

In a response, Durkin said Republicans are not immune to threats, writing, in part: "In an effort to be part of the solution, I encourage you to allow voices of the minority party to be heard and not continue to be disregarded."

"I was really disappointed in Leader Durkin's response because he is not addressing doing anything to stop it," Conroy said.

Conroy sees the threats as a political effort to scare her out of her race for DuPage County Board Chair. Her Republican opponent Greg Hart said while he opposes Conroy's legislation, he is not the source of misinformation and condemns the threats against her.

"Obviously, we can disagree but we can never wish or hope for violence directed at them," Hart said. "That's not anything we need to tolerate or should tolerate."