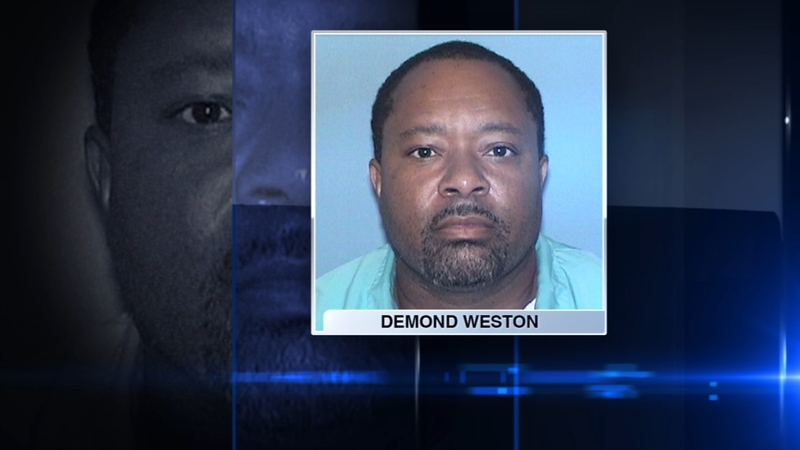 CHICAGO (WLS) -- A Cook County judge has vacated the conviction of Demond Weston, a defendant who claimed detectives under now-deceased police commander Jon Burge tortured him to confess to a crime he did not commit.

Weston will spend his last night in prison Wednesday, and he's expected to be released from the Dixon Correctional Center Thursday morning.

Once Cook County Circuit Court Judge Angela Petrone agreed to vacate the conviction, Weston's family hustled outside the courtroom, and screamed in the hallway "Thank you, Jesus!" and "Praise Jesus!"

"I had to run outside to holler and scream. I am so excited. I am. This is the day! Today! And he'll be home for Christmas," shouted Rhonda Weston, the defendant's sister.

Weston was also overcome with emotion, according to his attorney.

"Candidly, he wasn't able to speak. He was not able to stop crying and get his breath to speak," said Scott Schutte, Weston's attorney.

Weston was convicted of murder and three counts of attempted murder for a string of shootings on May 29, 1990. Joseph Watson was killed in one of the shootings. But Weston had claimed that his confession was coerced by detectives who worked under Commander Burge.

"We disagree on the conclusion on the torture piece, but today the key thing is he's out of prison," attorney Schutte said.

"He stayed in jail too long for something he didn't do," Rhonda Weston said of the decision.

Now, however, Weston's family and supporters are planning for the moment he walks off prison property and into their arms.

"We are taking him to the biggest steak house," chuckled Carrie Williams, a supporter who said she's Weston's "spiritual sister."

And of course, home for the holidays means so much more for the Weston family this year as well.