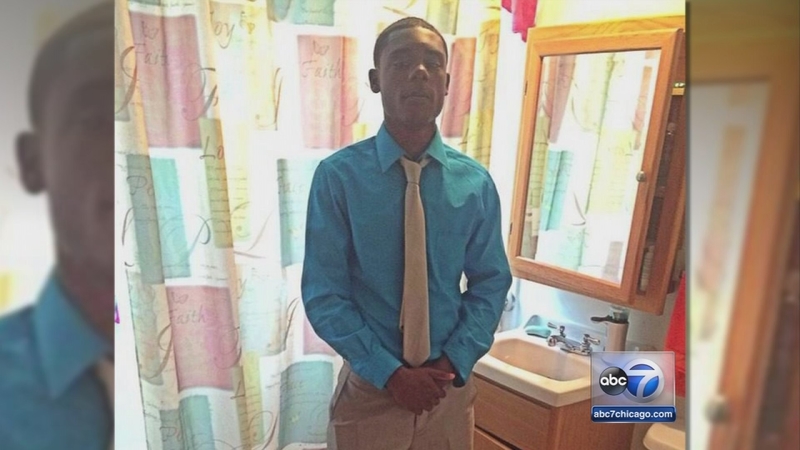 CHICAGO (WLS) -- Urban Prep Academy students mourned one of their own on Wednesday. Urban Prep senior Deonte Hoard, 17, was gunned down in Chicago's South Deering neighborhood.

Grief counselors were on hand for students at Urban Prep's Englewood campus as students tried to deal with the death of a well-liked classmate. Many found out on social media.

"I was so sad, because he was one of my brothers at school. That hurt me," said Mykal White, Hoard's classmate.

Many parents counseled their kids Wednesday morning, before they got to school.

"I told him today is going to be very sad at school. Just get through it the best way you can. Comfort your brothers. They're going to comfort you. If you need to talk to someone, they have counselors there for you guys," said Mycola Jones, an Urban Prep parent.

Hoard was just a week away from his 18th birthday. He played basketball and ran track at Urban Prep, a school known for getting young men from the inner city into four-year colleges. His mother, Ebonie Martin, said he was so talented that several colleges were scouting him.

"I lost a lot of sleep just thinking about it. It was hard to cope with the fact that I won't be able to see him again," said Robert Anderson, Hoard's basketball teammate.

"He was a good person. He was someone you wanted to hang around with. He's good company. He wasn't a gang banger," said Walter Green IV, another teammate.

Bur Hoard was fatally shot in the chest on the corner of East 106th Street and South Oglesby Avenue around 7:20 p.m. Monday. Martin said he was walking to a store with a friend, a 23-year-old man who suffered a graze wound in the shooting. That man is expected to recover.

Police said the shots were fired by someone in a black SUV. Hoard's family believes he was targeted by mistake. Authorities also said Hoard was not a gang member.

So far, no arrests have been made. Police are searching for the gunman.

"We just want everyone to know that whoever did this, they took away a precious person in our life," Martin said.

Urban Prep said Hoard was scheduled to receive a red and gold striped tie during a ceremony this week, celebrating seniors going to college.

The school said they will remember a man full of promise and potential. Urban Prep plans to honor Hoard in the coming weeks.