Chicago police code of silence not broken; whistleblowers must be protected to get change, experts say 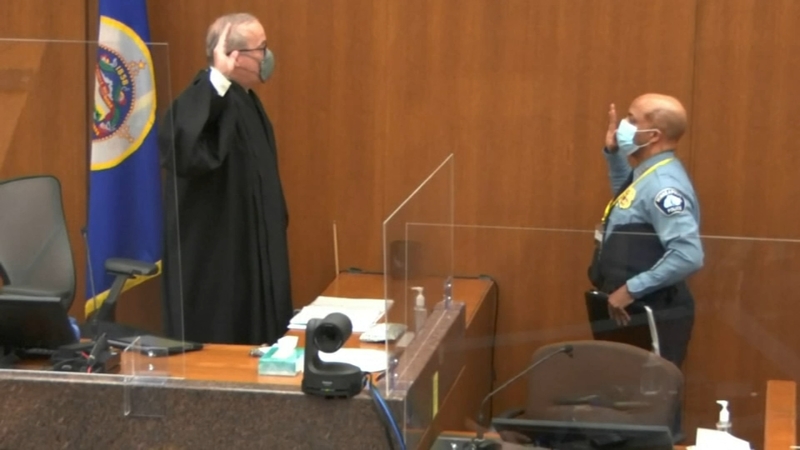 Code of silence broken? Not even close, experts say

CHICAGO (WLS) -- Derek Chauvin's trial featured the extraordinary sight of several law enforcement officers, including the Minneapolis police chief, testifying against one of their own. Does that mean the so-called code of silence or blue wall is beginning to shatter?

"We might as well say it was a lynching in full public view, it's hard to imagine a police officer justifying that," said journalist Jamie Kalven of the Invisible Institute.

Kalven said it's way too premature to celebrate the crumbling of the blue wall. He fought for the release of the Laquan McDonald videos after an anonymous tip from within the Chicago Police Department, and said while the Chauvin verdict may open the door for change, CPD has a long way to go.

"The code of silence isn't just officers coming forward, it's officers falsifying reports or reinforcing the accounts of other officers," he said.

That also includes sticking to a narrative that may be false, Kelvin said. Minneapolis police initially told a much different story about the death of George Floyd.

"They described what happened as a medical issue before they knew a 17-year-old made a recording of what she saw," said Torri Hamilton, attorney.

Hamilton represents CPD officers who have blown the whistle against wrongdoing within the department. She and others believe without the video, the Minneapolis chief and officers would not have testified against Chauvin.

Many of say the code of silence needle will never move within the Chicago Police Department until the superintendent down to supervisors encourage and support officers who speak out.

"There has not been one glimmer of an indication that CPD or the city of Chicago values its whistleblowers," Hamilton said.

Former CPD officer Shannon Spaulding learned the hard way what the consequences are for blowing the whistle on corruption.

"When you do that you put yourself and your family in great danger, and it's a life sentence," Spaulding said.