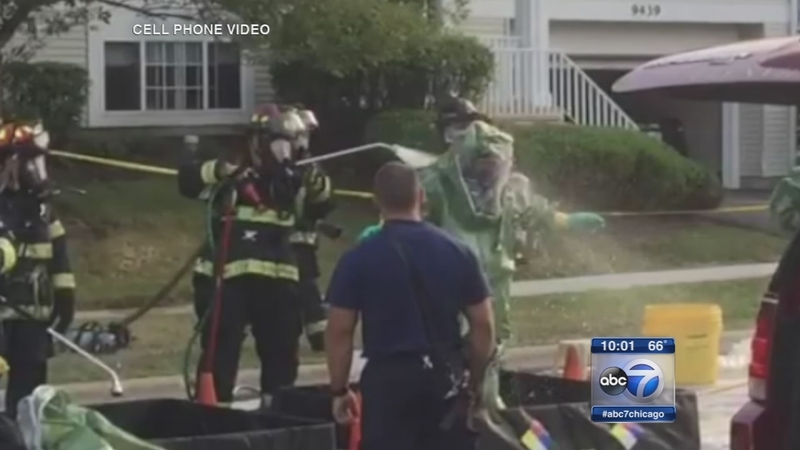 A third person from the home is in critical condition at a local hospital. Four Cook County Sheriff's officers were hospitalized after they entered the home and had trouble breathing. The officers were treated and released shortly before 7 p.m., said Sophia Ansari, a sheriff's office spokeswoman. 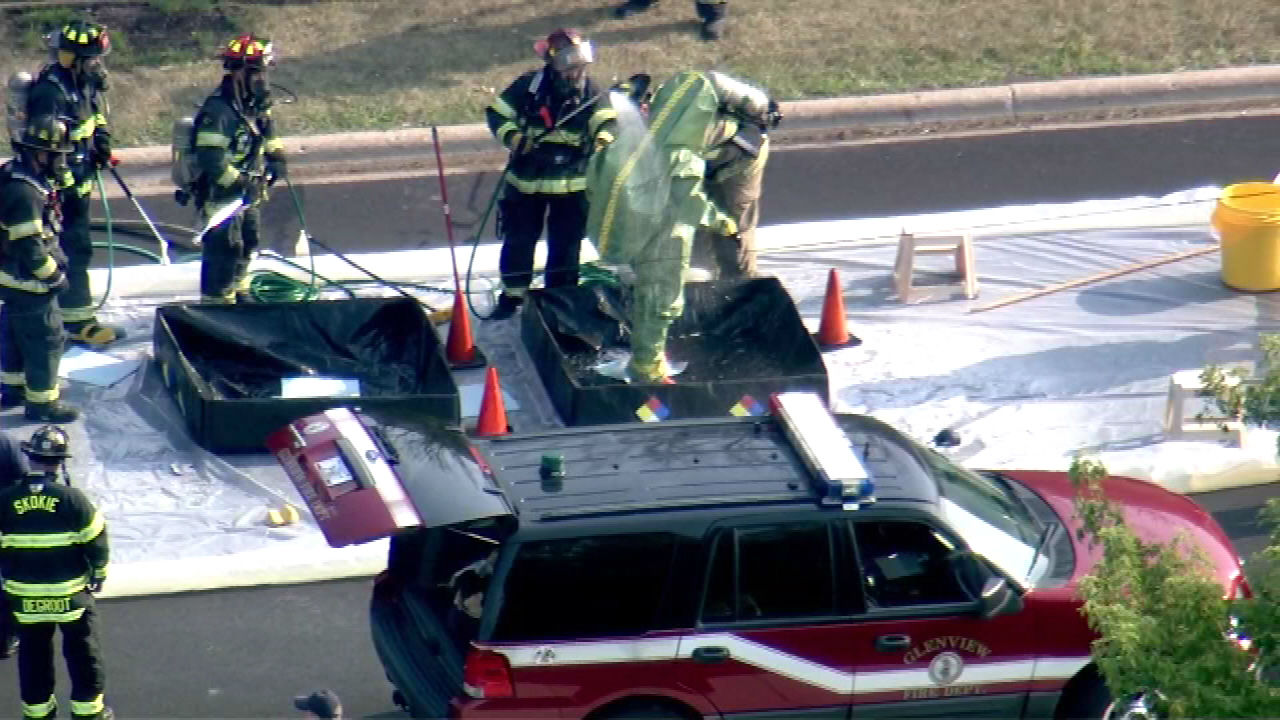 At about 4 p.m. Thursday, emergency crews responded to a home in the 9400-block of Harrison Street near Dee Road in the western suburb. A pastor from a local church had come to the home and called 911 for help indicating that there were people in distress.

A source tells Eyewitness News that investigators found a car in the garage with its ignition on with a dead battery. In addition, an empty crock pot had burned away an unknown substance in the kitchen.

One of the decreased men were found dead in the basement, the other on the second floor.

Hours after the call, firefighters have been seen entering the home in protective gear, then being hosed off outside the home.

"Until our hazmat teams can clear the scene and deem it safe for investigators to go in there, we don't have any more information for you," said Richard Dobrowski, fire chief for North Maine Township Fire Department.

"I've never seen something like that before to be honest, it was scary," said neighbor Waleed Kayani