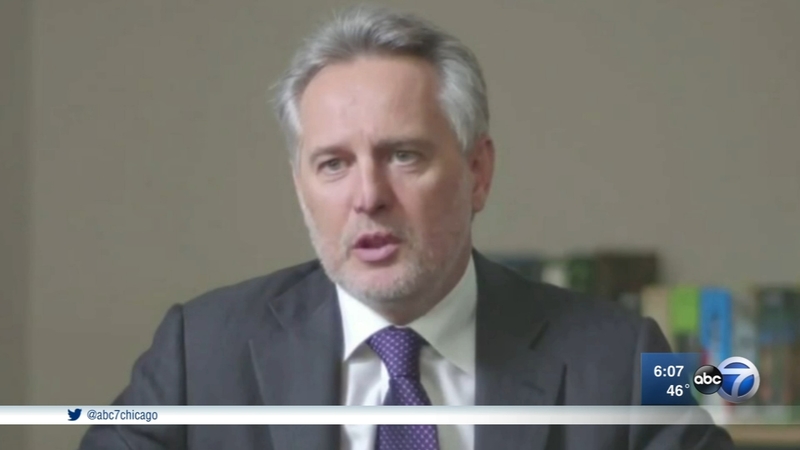 A Ukrainian oligarch with ties to President Donald Trump's convicted former campaign chairman Paul Manafort could be close to extradition to Chicago where he faces a racketeering indictment.

Federal prosecutors in Chicago have been angling for the return of wealthy industrialist Dmitry Firtash since 2014 when he was charged in the Northern District of Illinois as the mastermind of an international titanium scheme.

Firtash has been essentially under national house arrest in Austria for four years as a team of top international attorneys tries to keep him from being shipped to Chicago to stand trial.

Now, one of his defenders-former U.S. Attorney Dan Webb, says that Firtash "could face extradition in a short time frame following the decision by the Court of Justice."

In a letter Webb has notified U.S. District Judge Rebecca Pallmeyer in Chicago that a final decision in Firtash's case is due on October 24 from the Court of Justice of the European Union in Luxembourg, followed by ax extradition decision by the Austrian Supreme Court.

"While it remains impossible to predict with certainty, Mr. Firtash's lawyers believe that the Austrian Supreme Court will move quickly" Webb states in a letter to Judge Pallmeyer. "Mr. Firtash could face extradition in a short time frame following the decision by the Court of Justice" he wrote.

Webb has filed motions asking that the case against Firtash be tossed out, claiming assorted legal issues with the case and the charges-not the least of which is that the Ukrainian magnate has never stepped foot in Chicago.

The I-Team first began reporting on Firtash in 2014 because of his business ties to Paul Manafort, who was the chairman of Donald Trump's presidential campaign. Firtash and Manafort had concerted on a 2008 New York real estate deal that ended up scrubbed. Manafort has since been convicted in one financial fraud case and pleaded guilty in another-implicated also as an unregistered agent of former pro-Russian Ukrainian President Viktor Yanukovych, a close ally of President Putin.

He awaits sentencing and has agree to cooperate with federal authorities-although it is not known the extent of his role in a Firtash prosecution.

Since his indictment, the I-Team has also reported on Firtash's alleged links to Russian organized crime and to Russian President Vladimir Putin.