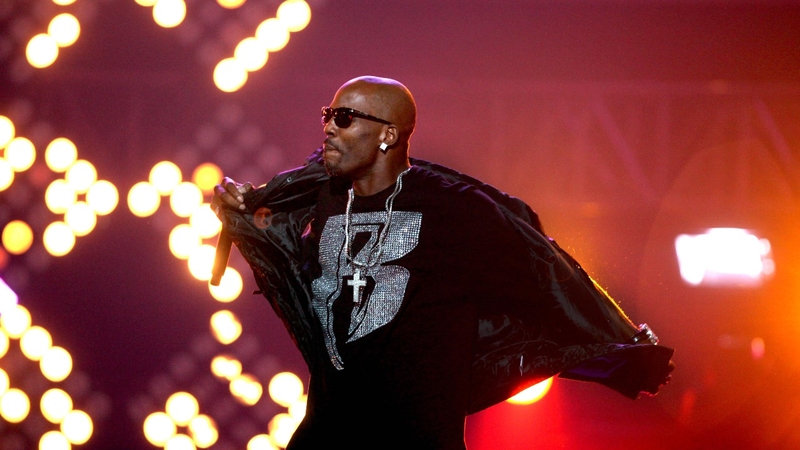 The Ruff Ryders to the Rescue Foundation held a prayer vigil outside the hospital on Monday.

The family of multiplatinum rapper DMX released a statement asking for well wishes and prayers.

DMX, whose real name is Earl Simmons, remains in a White Plains, New York, hospital on Sunday after suffering a heart attack, attorney Murray Richman said.
"I received the call this morning that he was in the hospital," Richman said, saying he spoke to his client's family about his condition. "He is in grave condition, whatever that means. That's exactly what I've been told."

"On Friday night, April 2nd, 2021, our brother, son, father, and colleague DMX, birth name of Earl Simmons, was admitted to White Plains (NY) Hospital, facing serious health issues. We ask that you please keep Earl/DMX and us in your thoughts, wishes, and prayers as well as respect our privacy as we face these challenges."

Another statement released Sunday afternoon said the rapper remained in a coma and was on a ventilator.

The musician's ex-wife, Tashera Simmons, also posted video from outside the hospital Sunday and said the love being shown by fans touched her heart.

The rapper's publicist, Matt Oliver, said Saturday evening that Simmons no longer needed to be on life support, only to later backtrack and say he believes he's still on life support.

Richman said he has known the 50-year-old rapper for over 25 years. He last saw him in February.

"I pray for him," Richman said. "I know that he's going to hopefully make it. But I'm concerned, I'm very concerned."
DMX was recently on tour and was in the middle of making a movie, according to Richman.

The New York-born rapper has been nominated for multiple Grammy awards, including for the single "Party Up (Up In Here)." His bestselling album, 1999's "And Then There Was X," went platinum five times. All told, his albums have gone platinum -- sold 1 million units -- 14 times and his first five albums all rose to No. 1 on the U.S. charts.

He has also been featured in several movies, including "Romeo Must Die" and "Cradle 2 the Grave." He starred in his own reality television series, "DMX: Soul of a Man," on BET in 2006.

In 2017, he pleaded guilty to tax fraud, in what prosecutors called a "multi-year scheme to conceal millions of dollars" from the IRS. He served one year in prison.