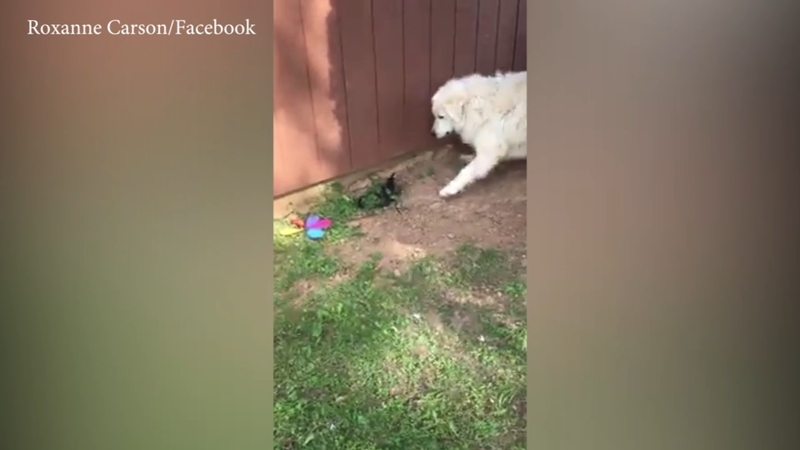 MORRISTOWN, Tenn. -- A close encounter with a snake outside a home in Morristown, Tennessee was caught on camera.

The woman behind the scenes didn't want the snake to get inside, so her dogs jumped in to help! Unfortunately for her, they only escalated the situation in the process.

"I was just walking, talking on the phone, and then I see the snake so I screamed, of course, and I just started videoing it," Roxanne Carson told WATE.

The commotion wasn't uncommon, but the target - a black snake - very much was.

"They normally would corner a possum or a groundhog so I'm expecting to see something, but I didn't expect to see a snake," she said.

What came next was terrifying for Carson.

"You see them throwing it at me and then I throw the phone and take off running," she said.

Carson actually recorded the video in May of last year but just posted it to her Facebook page Monday after talking about snakes with co-workers. The reaction was unimaginable.