Woman says her dog sniffed out her ovarian cancer 4 times 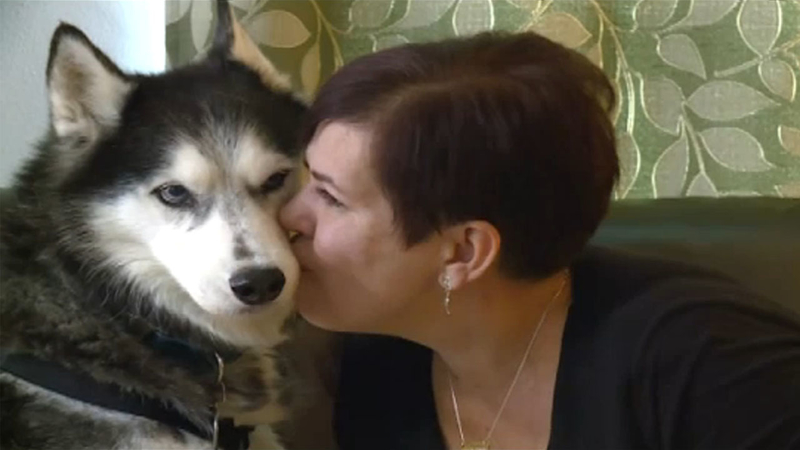 MADISON, Wisconsin -- A woman who has been diagnosed with ovarian cancer multiple times credits her Husky named "Sierra" for sniffing it out each time.

Stephanie Herfel says six years ago Sierra got upset after putting her nose on her belly.

"She came up and put her nose on my belly, which I dismissed," Stephanie said.

A few days later, Stephanie found her dog in a back closet, visibly upset.

"(She was) curled up in a little ball with her nose under her tail. Her little face was completely wet and her eyebrows were crunched," Stephanie said.

With Sierra acting strange and after a few stomach aches, Stephanie took a leap of faith and went to the doctor, where she found out she had stage 3 ovarian cancer.

After six months, Stephanie's cancer went into remission, but three more times the cancer returned and each time Sierra detected it.

A study by "Experimental Biology" found a dog's smell is 10,000 times more accurate than humans. The dogs were put to the test and sniffed out blood samples in cancer patients, with their noses getting it right about 97 percent of the time.