6 dogs rescued from inside hot moving truck in Streeterville 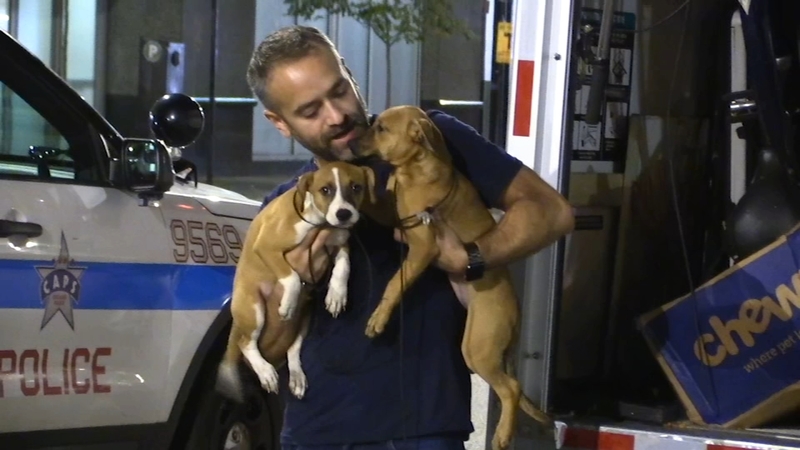 CHICAGO (WLS) -- Five dogs and a puppy were rescued from inside a hot moving truck in Streeterville, Chicago police said.

A group of good Samaritans were walking past the U-Haul truck in the 200-block of East Grand Avenue Monday night when they heard barking inside and were stunned by what they found. Six dogs, including a newborn puppy, were crowded inside the moving van.

The rescuers said they found two parking tickets on the windshield, the earliest issued at 5 p.m. and they knew that it had been a hot day in the city, so they pried open the door and brought them water.

Chicago police arrived on the scene shortly after midnight and the group told police that they were bringing at least one of the dogs to a 24-hour vet for a check-up.

"One of them had apparently just given birth, I mean it was, I would say, a couple days old at most," said good Samaritan Jayme Tudor. "I'm not going to walk past a truck with dogs in it where there is no ventilation and not do anything.

"It's insane. If you can see behind me, the entire thing is just full of dogs and cockroaches and it's filthy and was about 100 degrees in there," said good Samaritan Taylor Kravit.

Police said the owner, a 70-year-old woman, came out of a nearby hotel. She said the dogs were hers and that she's in the process of moving.

The group said they would take care of the dogs for the night to help her out and they would return them later Tuesday.