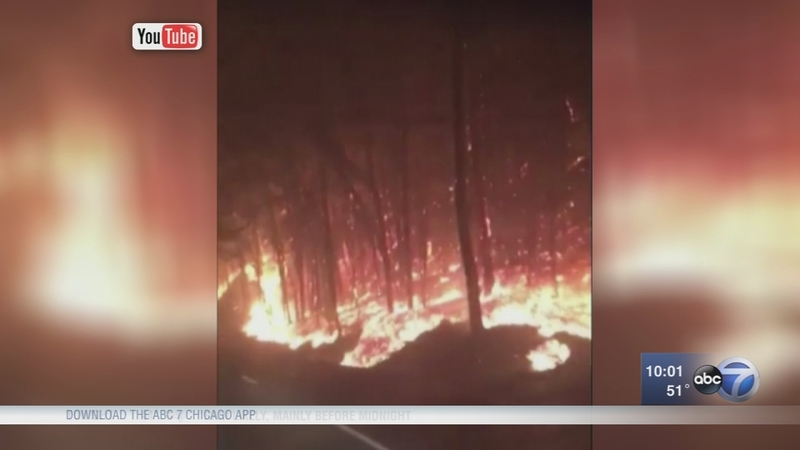 Popular sites including Dollywood under threat from fires

GATLINBURG, Tenn. -- The Southeast's worst drought in nearly a decade will no doubt make it difficult for firefighters to corral at least 14 fires in and around Gatlinburg, Tennessee, a popular tourist gateway to Great Smoky Mountains National Park.

Gatlinburg Fire Chief Greg Miller said Monday evening that crews are battling wind gusts of up to 70 mph. "If you're a person of prayer, we could use your prayers," Miller told reporters.

The national park has closed some of its roads because of the fire danger, including Gatlinburg Bypass.

"It's very dangerous weather conditions," Dana Soehn with the National Park Service told WATE. "We've had trees coming down, limbs coming down and the fire is continuing to grow."

The park sent a series of tweets throughout the day about fires in its boundaries.

"Due to continued erratic winds, the fires are very unpredictable and more fire growth is expected."

The park has evacuated employees from the Elkmont and park headquarters housing areas.

"We have fire crews on the parking working with our team to protect structures. There is fire on the ridge near the park," Owens said.

The Tennessee Emergency Management Agency confirmed the fire is on the edge of the Dollywood property and around 30 structures are on fire. There are no reports of fatalities and one reported injury, TEMA officials said.

There may be some good news: Rain is forecast in the area.

More on the bad news: High winds are possible across eastern Tennessee, southwest Virginia and southwest North Carolina, according to the National Weather Service. They could down trees and power lines and fan the flames.