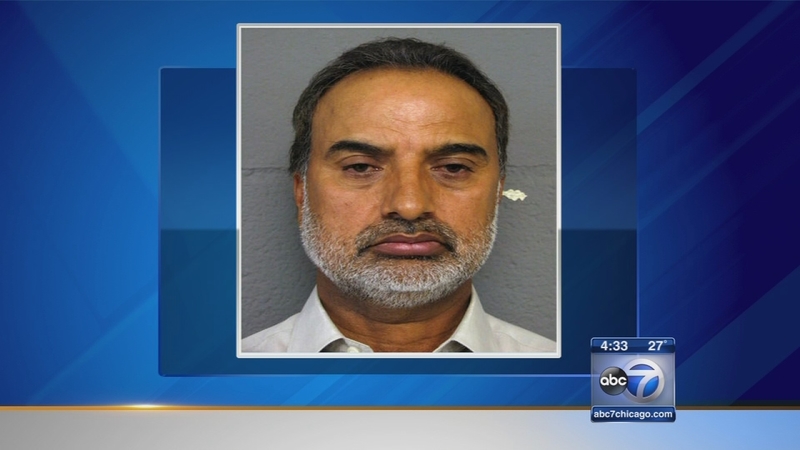 MARKHAM, Ill. (WLS) -- A suburban veterinarian is now facing felony charges after his animal hospital was shut down because of deplorable conditions.

The Dolton Animal Hospital was shut down after several dogs were found dead and others neglected. Charges against Dr. Amardeep Sangha and a co-worker were upgraded after necropsy results, which is an autospy for animals, concluded that the dogs died from lack of food and water.

Dr. Sangha came to court Wednesday expecting to be heard on misdemeanor animal cruelty charges. Instead, to Sangha's surprise, he was told he had been indicted on much more serious charges: three felony counts of aggravated cruelty to animals.

"He is worried about it. Obviously, we are very disappointed, we believe, at the worst, what happened here should have been resolved as misdemeanors, if anything. We don't think he is guilty of anything," said Scott Frankel, Sangha's attorney.

Dr. Sangha was the veterinarian and owner of the Dolton Animal Hospital. The business was shut down in September after police found four dead dogs in the basement and several more in very poor condition. The Cook County state's attorney added felony charges after necropsy results showed that the dogs died of chronic starvation while in the care of Dr. Sangha.

"I'm sure when we get into the details it will be obvious to everyone that he is a responsible doctor, he is a great guy, he's a family man, he's supporting a family. And he still feels terrible that he has to answer all of these charges in court," Frankel said.

Dr. Sangha was indicted along with his one hospital employee Sharon Cargile. She failed to show up in court Wednesday. Both were responsible for taking in stray animals for the Village of Dolton. Because Cook County does not have its own animal shelter, Dolton contracted with the hospital to care and house animals found in the south suburb. Sangha's attorney says he would never neglect animals.

"He absolutely does feel terrible about the animals, he loves animals- that is why he went into this business," Frankel said.

The dead animals and the ones found in poor health were all found in cages in the Dolton Animal Hospital basement. Dr. Sangha lives in Naperville, and he is due back in court in December for a bond hearing. There is an arrest warrant out for his co-worker, Sharon Gargile, for failing to show up to court.