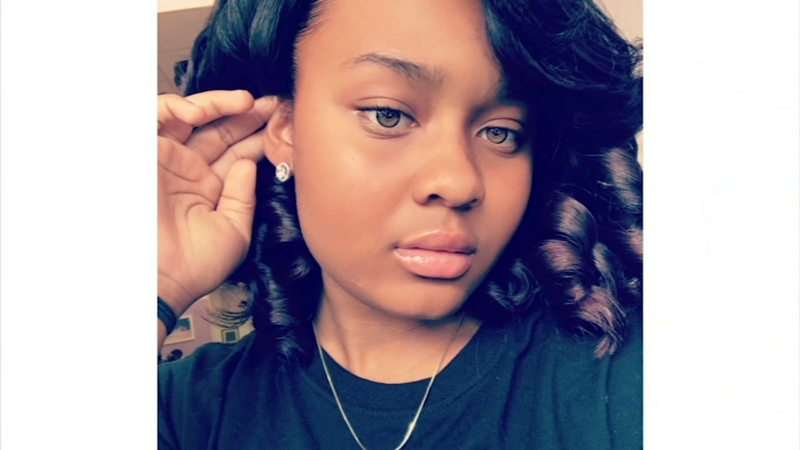 Dolton vigil held for girl, 16, killed in shooting as city struggles with violence

DOLTON, Ill. (WLS) -- A vigil was held in Dolton Thursday night in honor of a 16-year-old Chicago high school student who was fatally shot.

Residents huddled at sunset in one of the many empty parking lots stretched along Sibley Boulevard.

"We have come together today because of the violence that is taking place in this community," said Pastor William Fleshman.

Akeira Boston was the passenger in a car when she was shot dead outside a liquor store Tuesdays night. Police do not believe she was the intended target.

"Don't think it can't be none of y'all, or somebody y'all know," said Michael Westley, Akeira's cousin.

She was the joy of the cheerleading squad at Simeon, where she would have started her junior year next week.

Instead, her family and friends are comforting each other up, huddled together in grief, asking why she lost her life.

"There was no warning, no idea that this was going to happen," said Darryl Smith, Akeira's stepfather.

Akeira is the latest victim in a rash of gun crimes in the south suburban village.

Last Wednesday it was Marshia McGill, a working mother driving her four children when police said her minivan passed through gang crossfire.

"Shooting across a busy street because you don't like another gang? That makes no sense," said Beth Foulkes, McGill's friend.

Before that, an armed robbery at a used car dealership ended when police shot one of the suspects.

"This isn't something that just happened overnight," said AJ Burse, Dolton resident. "This is a disease."

Thursday night's vigil was not just about remembering victims, but also about starting a new chapter for the beleaguered village.

"We are not savages and we want to live in a community just like anybody else," Fleshman said. "We gotta put the neighbor back in the hood."

"That's what I want to emphasize to residents; be Dolton proud," another attendee said.