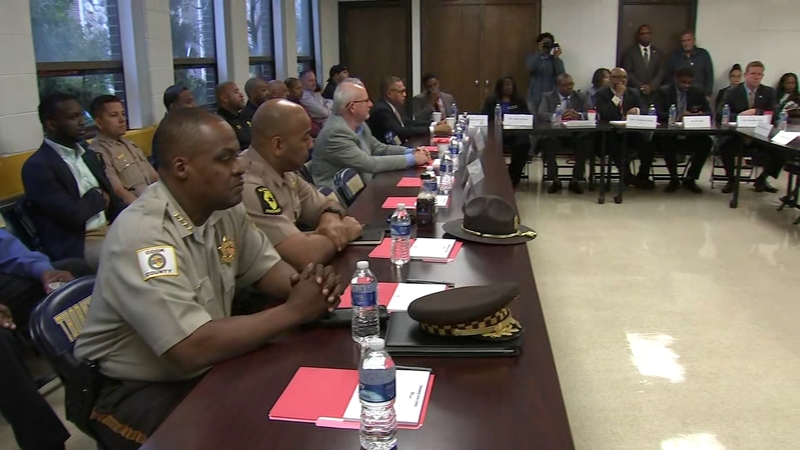 SOUTH HOLLAND (WLS) -- Police and elected officials are coming together Friday as they plan a crime summit with a string of high profile violence cases alarming many in the south suburbs.

The planning meeting convened at Thornwood High School in south suburban South Holland at 10 a.m. attracting state representatives and mayors from the south suburbs. The FBI and the Illinois State Police also attended.

They're all trying to get on the same page when it comes to securing more funding in the area for public safety and youth programs. It's all in an effort to stop the violence and keep the south suburbs safe.

RELATED:Girl dies on 12th birthday after being shot by stray bullet while inside Harvey home

Cook County Commissioner, Donna Miller says, "we still need additional funding, there's just never enough. So we can't stress that enough." Miller adds, " we need more officers out there, we need more concentrated areas where they know about the hot spots. We need them there day and night."

Mayor Riley Rogers of Dolton agrees saying, "our police officers working a lot of overtime. They're getting exhausted so we're asking for emergency help."

The village of Dolton has been the focus of a series of separate and unrelated acts of violence in the past few months. One of them included an innocent mother struck by a stray bullet caught in the middle of gang crossfire. She died in front of her children.