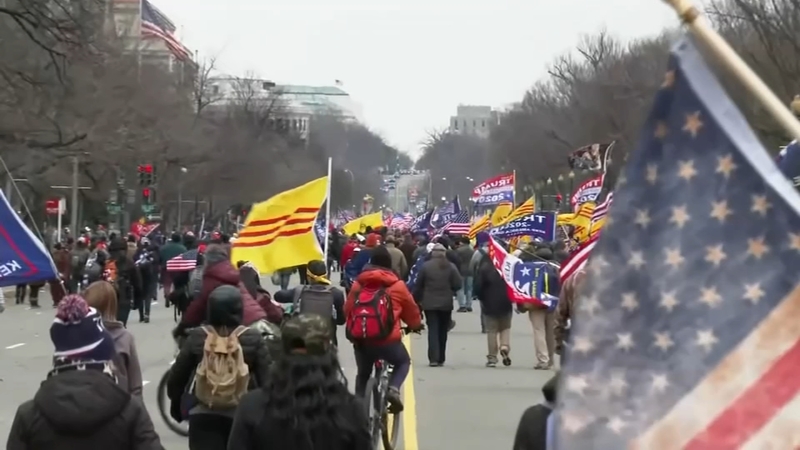 CHICAGO (WLS) -- The attack on the US Capitol shined a light on radicalized Americans and how some of these groups are growing.

While not every person who appeared at last week's rally in Washington, D.C. is part of an extreme group, there were extremist groups present for the siege on the Capitol.

The FBI warned America about the growing dangers of domestic violent extremists and called it the number one terrorism threat in 2021.

"These days, most people who get into that space get there on the internet because it's so easy to find yourself in a space where people are spewing hate and extremist ideology," said Dr. Stevan Weine, UIC Professor of Psychiatry.

There could be multiple reasons why someone could be drawn to ideology that includes conspiracy theories and white supremacy.

"Somebody has a grievance, something is just not right in their life. It could be a personal issue," Dr. Weine said.

"It says to them, 'Hey, you don't have to be a loser. You can feel emboldened. You can fight for something.' And they give themselves over to that," Dr. Weine said.

Experts said the US government must shift its focus from international to domestic terrorism.