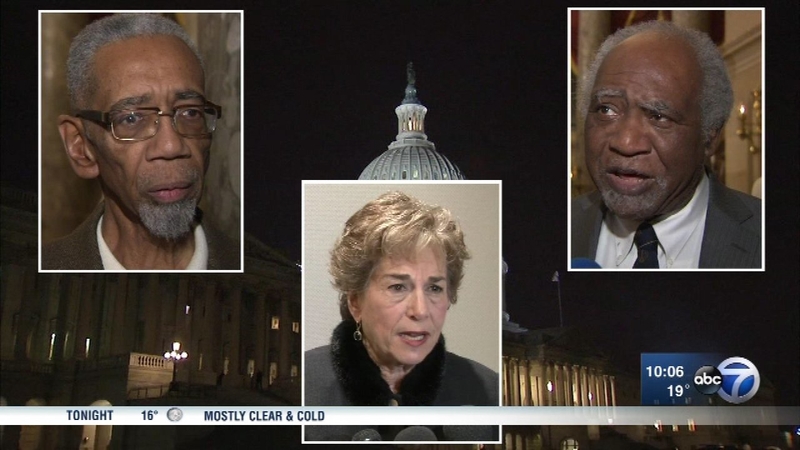 WASHINGTON (WLS) -- President Trump will address the nation in his first State of the Union speech Tuesday night, and the list of Democrats from Illinois boycotting it is growing.

"I've been to every State of the Union for the last 25 years," Congressman Bobby Rush (IL-1) said.

But Rush will skip Trump's, joining a handful of other Democrats like Congressman Danny Davis (IL-7).

"There is a better way for me to demonstrate to my constituents that I'm in agreement with them," he said.

"I cannot sit idly by and watch this man lie to the American people," said Rush.

Rush and Davis join fellow Illinois Congresswoman Jan Schakowsky, who was the first to announce her boycott last week.

The White House says Trump's speech will try to reach across the aisle. His focus will be on trade, the economy, immigration and infrastructure. But will a boycott by some stifle hopes for any bipartisan work to get done?

"I served six years under President Obama and never missed a State of the Union. I didn't agree on most of what he did, but I respected him as president," said Republican Congressman Adam Kinzinger (IL-16).

Other Democratic lawmakers who have announced they'll be skipping the speech are Reps. Earl Blumenauer of Oregon, Pramila Jayapal of Washington, John Lewis of Georgia, Frederica Wilson of Florida, Gregory Meeks of New York, and Maxine Waters of California.