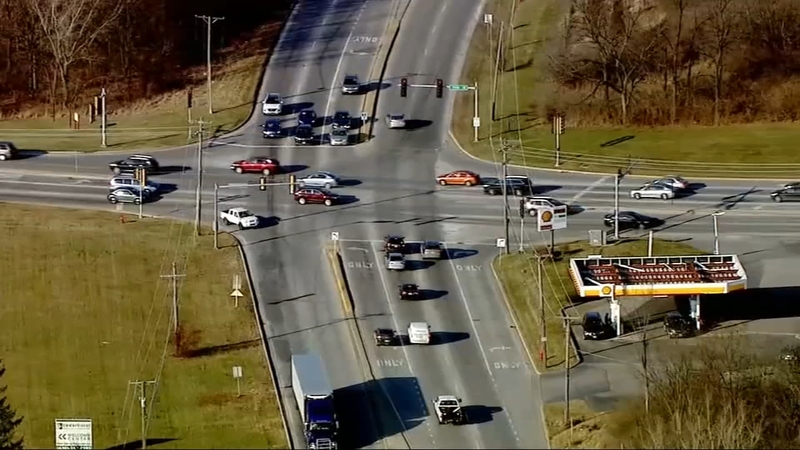 WHEATON, Ill. (WLS) -- Three teens have been charged in connection to a carjacking spree in two western suburbs.

Investigators said they're behind at least three recent carjackings in Downers Grove and Warrenville.

Police said 19-year-old Emanuel Embry, 19-year-old Daysean Washington-Davis and a 17-year-old male were involved in a carjacking spree in DuPage County over a two week period. One of the victims was a pregnant woman.

"It is alleged that these defendants, while armed with guns and wearing masks, committed severe crimes of violence and terrorized the people of DuPage County," said DuPage County State's Attorney Robert Berlin.

On November 30, police said a woman was carjacked in Downers Grove. She was sitting in the driver's seat in her vehicle in her garage, with her daughter home from college in the front passenger seat, when they were ordered out of their car at gunpoint.

Police said their next victim was a pregnant woman sitting in her vehicle in her driveway in Downers Grove.

Her friend witnessed the carjacking and followed the car.

While stopped in traffic, the friend approached the suspects and they ran away from the car. Police said one of the offenders then jumped in the friend's car and drove off.

Now all three are in custody and facing aggravated vehicular hijacking charges.

Berlin said those who commit crimes in DuPage County are going to be held accountable.

"We want the people of DuPage County to feel safe and be able to go out and shop and conduct their daily business and not worry about becoming victims of violence," Berlin said.