A drone offers a birds-eye view over a new trail that is about to open in Chicago.

CHICAGO (WLS) -- More than $90 million has been spent to turn part of the old Bloomingdale Rail Line into a park that is more than 2.5 miles.

On Thursday, ABC7's colleague Colin Hinkle flew a small drone equipped with an HD camera over the new trail that is about to open in Chicago.

The Bloomingdale Trail will run from North Ashland to North Ridgeway, right through the heart of four Chicago neighborhoods on the city's Northwest Side.

All along this trail where people will run, ride and walk, there were once dozens and dozens of businesses, manufacturers growing in a city that was growing like mad 100 years ago.

"We think of steel mills and stockyards, but this was everything else," said Jim Peters, a historian.

Lincoln Logs were once made here, and Schwinn made excelsior motorcycles. In some of the buildings - which are now condos - fancy furniture was made. So were musical instruments, like Ludwig drums.

"Ringo played a Ludwig drum manufactured along the trail, and Harmony Guitar. I think George Harrisons first guitar was a Harmony guitar, and you're right, Lincoln logs and candies. Beer. Al Capone's beermaker was along the trail. He didn't make it here on the trail, but this is where he originated, so just an amazing set of stories. And what I think is great is a lot of those buildings are still here," Peters said.

"For a hundred years this railroad line really served the city as it grew, and now what we're doing in repurposing it, is serving these neighborhoods in a completely different way," said Beth White, Trust for Public Land.

The Bloomingdale Trail will open on June 6. 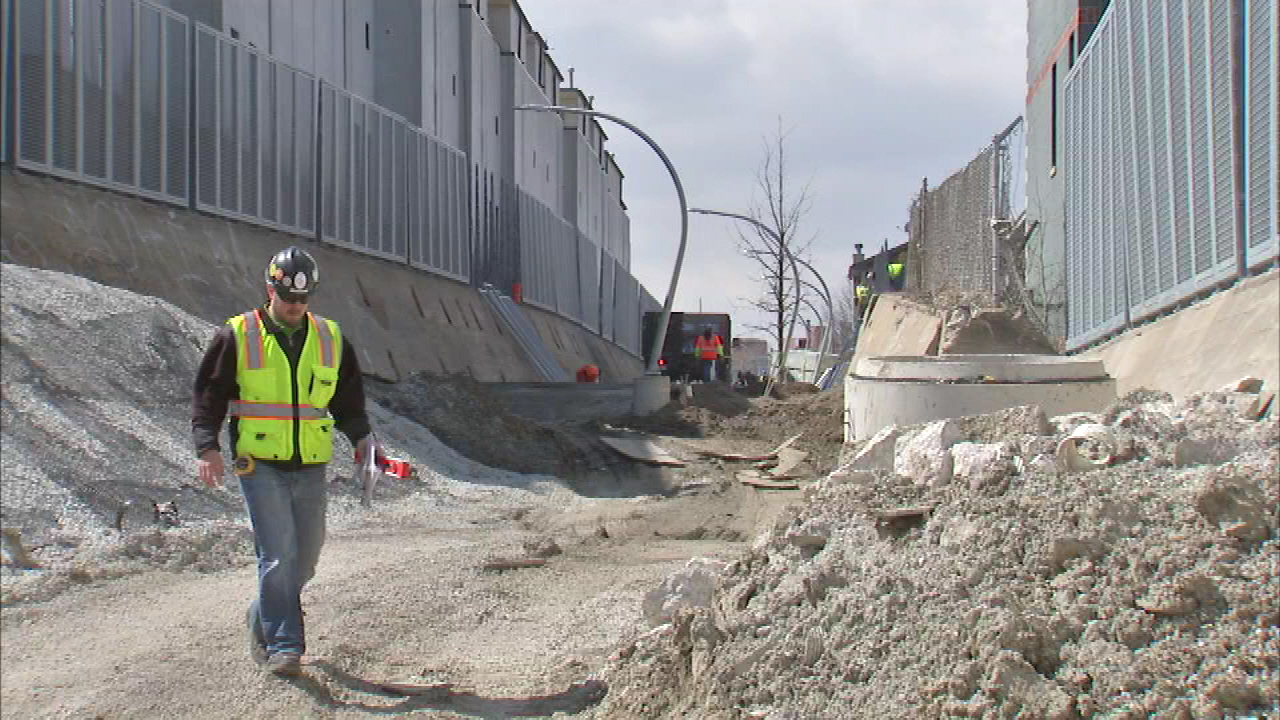