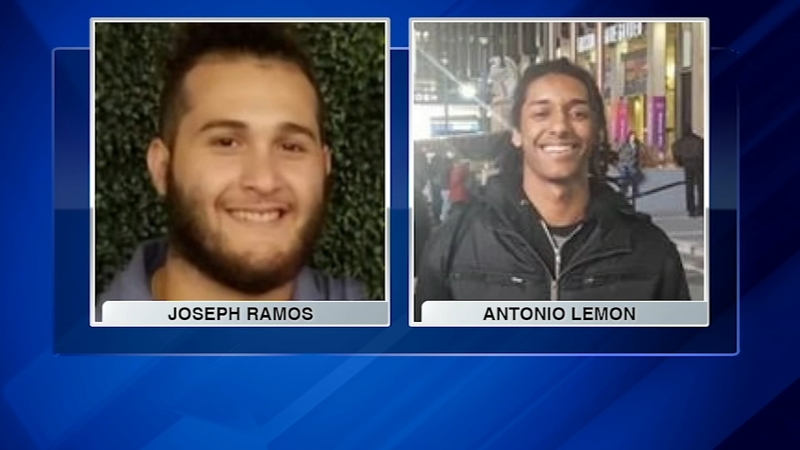 CHICAGO (WLS) -- Two bodies recovered from a submerged car Tuesday morning from Lake Michigan at DuSable Harbor have been identified as two men who went missing over the weekend.

The men were last seen leaving a night club in the 200-block of West Ontario Street early Sunday morning.

Family members came to DuSable Harbor and waited anxiously as divers worked to pull the bodies from the vehicle.

"We received notification that the car's been found. We came here earlier as a family and we just wanted to lift them up in prayer," said Marianna Rodriguez, Joseph's cousin.

Tearful relatives thanked police and supporters shortly after the bodies were recovered.

"I just want to thank everyone, everybody all the family, friends that helped us," said Catalina Lemon, Antonio's mother.

Still stunned and grief-stricken, relatives say Joseph and Antonio were childhood friends who grew up playing sports together.

"Tony's father was the coach for baseball when they were kids, and our families have kind of grown to know each other over the years," said Carmen Alvarado, Antonio's relative.

As both men are being remembered as smart, kind, and caring, those who knew and love them are struggling to accept they're gone.

"Keep them in your prayers after this, when the cameras are off, they still need your prayers," said Pastor Lisa Benjamin Arnold.

How the car ended up in the water remains under investigation.

"We're trying to get clarity and get to the bottom of exactly what happened, and hopefully, he's in God's hands," said Ralph Lemon, Antonio's grandfather.