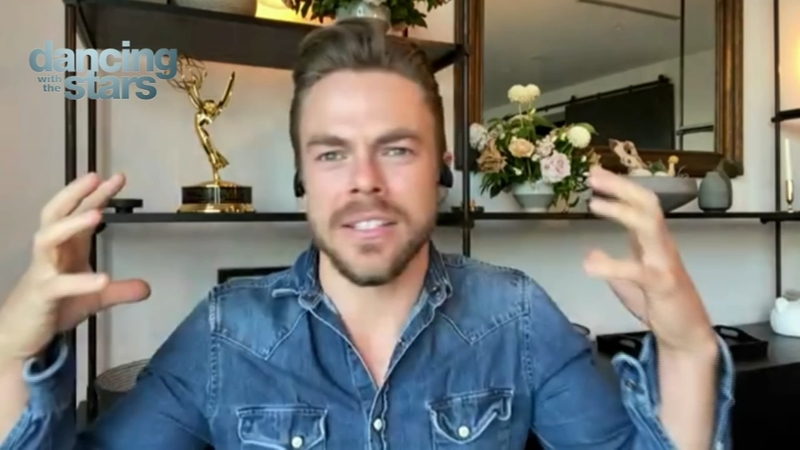 Derek Hough to perform on 'Dancing with the Stars'

CHICAGO (WLS) -- Derek Hough is a six-time Mirror Ball champion on "Dancing With The Stars." This season, he's a judge, but he'll put his dancing shoes back on for an encore Monday night.

Hough hasn't performed in the ballroom for 3 years. He's rehearsing with his girlfriend, Hayley Erbert, a dancer who's also been on the show. He spoke to ABC7's Janet Davies about taking center stage again.

"I'm excited to get to dance, to perform and be in that space again to touch the sacred hallowed ground of 'Dancing With The Stars,'" Hough said. "I was rehearsing there the other day in the empty ballroom and just thinking about all the memories, all the performances I've done there and I'm excited to add this one to the list.. That's the thing about the show. It's a marathon. You not only have to have physical stamina, but also emotional and creative stamina to see it through to the end. If you go into it appreciating every moment appreciating the highs and appreciating the lows, it gives you the energy that will propel you into the final stages of the competition."

There's been major buzz on social media that Derek and Hayley will get engaged on Monday night - and they love animals.

Davies: Well if that's true that you propose I'm sending you an engagement gift, my cat just had kittens and I named this one Bruno, it's coming to you.

Hough: Can you imagine a cat with the personality of Bruno running around your house, that would be something else!

As for popping the question on the show, he said it's a big "no."