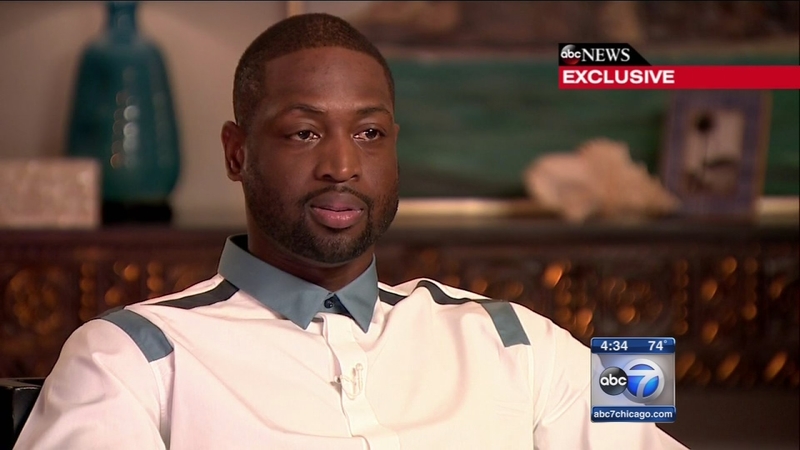 CHICAGO (WLS) -- Nykea Aldridge will be laid to rest Saturday, one week after being shot and killed on Chicago's South Side. Her famous cousin, NBA star and Chicago Bulls player Dwyane Wade, spoke for the first time about her death and the changes that need to be made in his home town of Chicago.

Wade called his cousin the quiet one in the room, always dedicated to her four children and her family. He said after her death he has found his purpose for being back in Chicago.

"I really think now that my purpose for being back in the city is bigger than basketball, which--basketball is a big part of it, of course. It's what I do for a living. But I think my purpose, at the end of the day, is hopefully, you know, to come to Chicago and be part, and be a voice that can help bring people together," Wade said on Good Morning America Friday.

That purpose, that mission came into focus after Aldridge was gunned down.

"I grew up in that era of the same things that our kids are going through now, of being afraid to go outside," Wade said.

"I was a kid who wanted to play basketball. Who got lucky and was able to have mentors in my life to help me. And I think that's one thing that a lot of our kids today is missing, is mentorship. If we want to stop this epidemic, it's needed now," he continued.

Wade provides guidance to his own sons, but there are still challenges.

"My boys are afraid of police just the same way I was when I was growing up. And you know, not all police - obviously. But, you know, my boys hear everything that's going on in the world. All the harassment," he said.

Wade said his sons ask questions and he, in turn, will do the same to the mayor and the city. But he said we can all contribute.

"We have to do a better job of being leaders. All of us. Leadership in the world today, in our communities, it's suffering. Big time," Wade said.

Aldridge's mother has forgiven the men charged with murdering her daughter, but Wade said forgiveness isn't the end of the story.

"If she can forgive then I think anyone should forgive, but I don't think we should forget," he said.

Wade said Chicago police can do a lot better but they need more help, including stronger gun laws. A Chicago police spokesman responded to Wade's comments Friday, saying police will continue to reach out to citizens. He also mentioned the gun laws, saying nearly half of those arrested for murder in Chicago are repeat gun offenders.